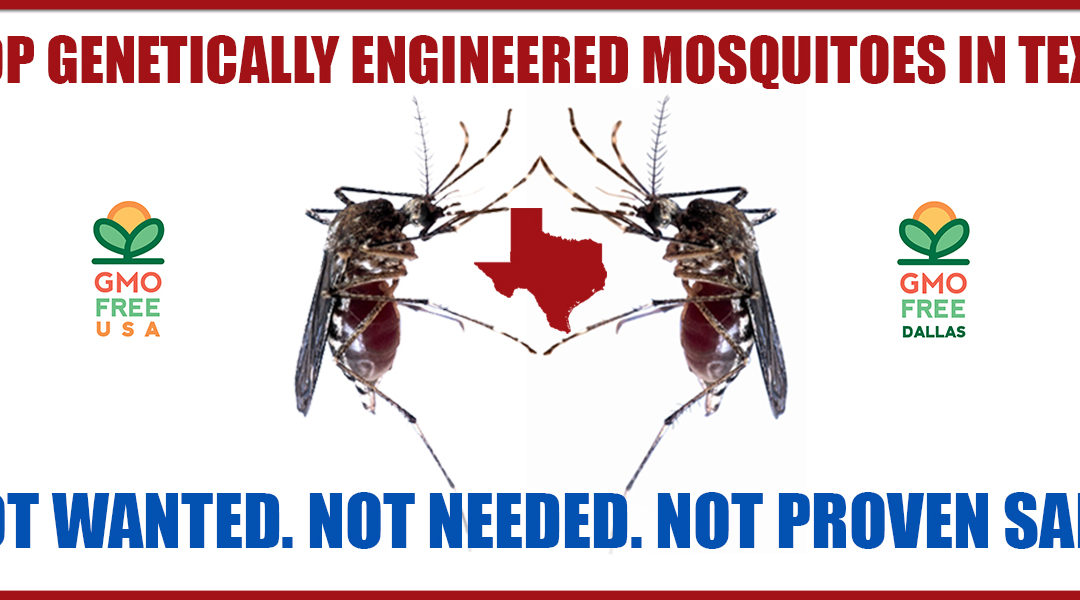 Harris County, Texas, officials are negotiating with a British biotech company, Oxitec, to release millions of genetically engineered Aedes aegypti mosquitoes in the Houston region. Dallas officials have stated that Dallas should be next in line for a GMO mosquito experiment.

Oxitec’s mosquitoes have been genetically engineered to produce offspring that die. The company claims the mosquito release will reduce the risk of Zika virus and other mosquito born diseases by reducing Aedes aegypti populations. Oxitec publicly claims that people will not be bitten because the release will only include sterile males. But when pressed during a meeting with residents of the Florida Keys, an Oxitec representative admitted that 1 in 1500 will be female. Since the release includes millions of mosquitoes that means thousands of them will be biting females. When pressed on the issue of sterility, Oxitec was also forced to admit, “indeed 3-4% of the offspring that inherit one copy of this gene survive to adult”. Their website states that 3-5% survive, yet they conceal this information from government agencies and the public…