‘Surf and turf’ can have carbon footprint of cross-country road trip: study 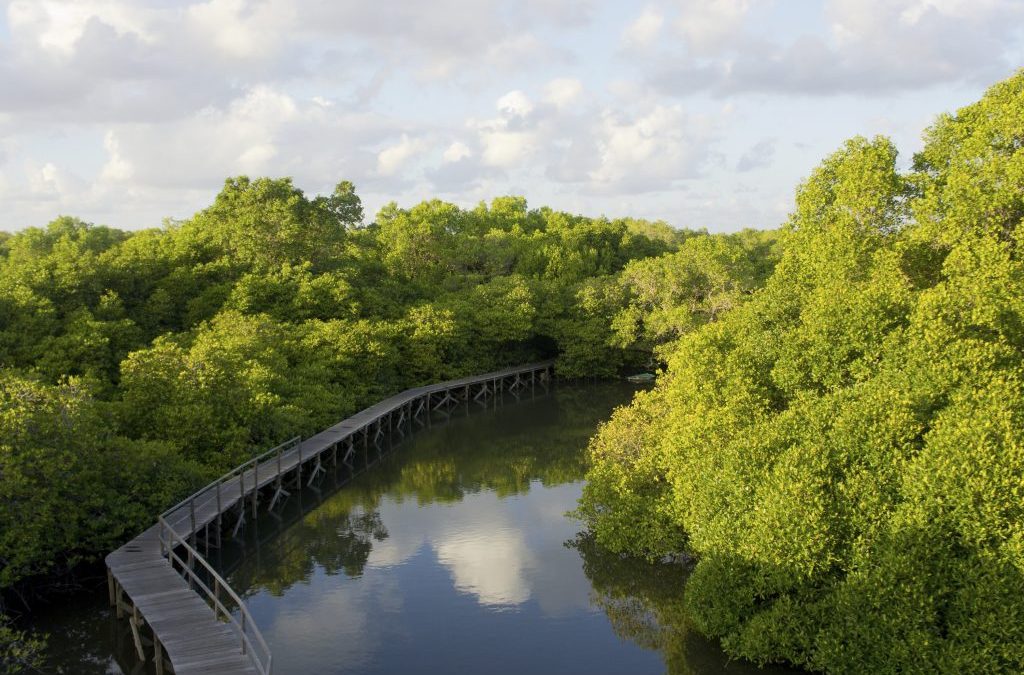 Dining out? You may want to think twice before ordering the “surf and turf special.”

The carbon footprint of a steak and shrimp dinner — were it to come from shrimp farms and pasture formerly occupied by mangroves — is the same as driving a small car across the continental United States, according to a new study.

The research, published in the journal Frontiers in Ecology and the Environment, quantifies the full impacts of mangrove deforestation and puts it in terms of the consumer end product.

Mangrove forests have major implications for global climate because they can store up to 10 times as much carbon as a similarly sized area of rainforest. When those systems are degraded or destroyed for other uses, that carbon is slowly released back into the atmosphere. What was not fully understood — until this study — was the full carbon footprint of food production in mangrove areas; other studies did not include the full effects of deforestation into their analyses.

“What we know about carbon footprints for many types of food products [grown in former mangrove areas] has not taken into account the losses of carbon that occur when you cut down the mangroves,” said Boone Kauffman, a scientist with Oregon State University and the study’s lead author. These new numbers, he said, “show the dramatic size of the carbon footprint coming of unsustainably farmed shrimp or beef cattle that comes from mangroves when we include the carbon losses from deforestation.”