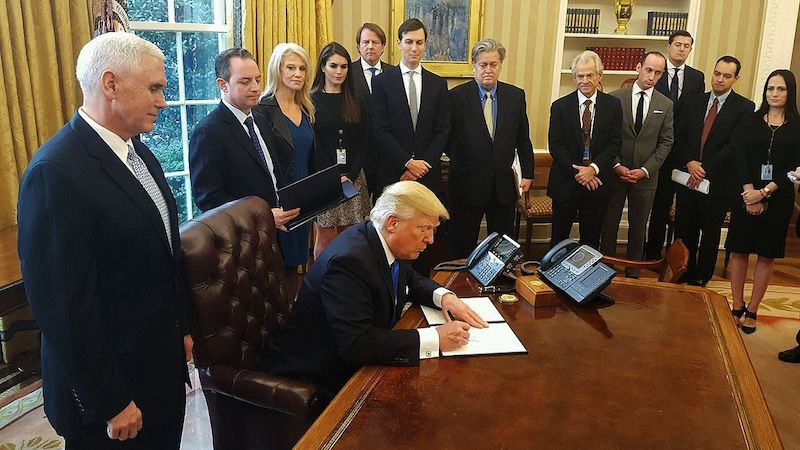 Donald Trump’s most powerful advisors are set to debate whether the US stays in the UN climate pact. Here’s what we know about their positions

On Tuesday seven White House powerbrokers will sit down to discuss the US’ ongoing participation in the 2015 Paris climate agreement.

President Donald Trump has criticised the agreement – and the US policies developed to implement it – for targeting the US fossil fuel industry and harming US workers.

The accord, which was agreed by 194 countries and has already been ratified by 143 (including the US), caps global warming at below 2C.

At one point during last year’s election campaign Trump said the US would “cancel” the agreement. Given that the pact does not hinge on US participation, this statement was widely interpreted to mean he wanted to withdraw the country from the accord.

But his administration has been divided on the approach, with competing voices close to the president taking up different positions.

Over the Easter weekend, Politico reported senior White House advisors were preparing to meet on Tuesday to discuss the US’ approach. The list of attendees was unconfirmed, but the seven men reported to be going represent a spectrum of opinion on the best way to approach the Paris accord.

What unites them, said Friends of the Earth senior political director Ben Schreiber, is their wider goal of weakening regulations that restriction carbon emissions. Many Republicans believe US interests can be served better by staying inside the agreement and scraping out advantages for the US.

“Donald Trump has put fossil fuel interests in charge of the United States government and the result is going to be climate catastrophe. Debating a choice between weakening US climate action or withdrawing from the Paris agreement is simply an exercise in rearranging deck chairs on the Titanic,” said Schreiber.

At his senate confirmation hearing, the former CEO of Exxon Mobil backed continuing US involvement in the Paris agreement and UN climate talks – if only to protect US interests.

“I think it’s important for America…