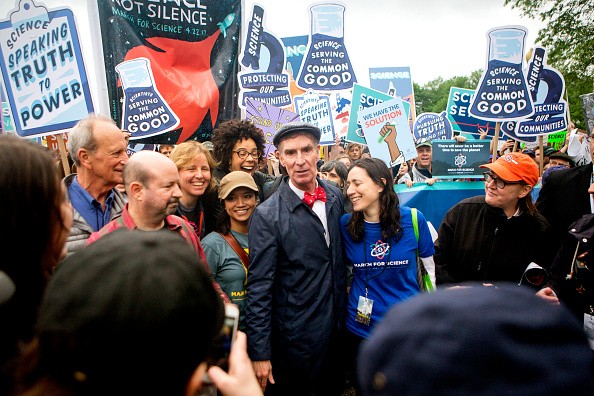 WASHINGTON, DC – APRIL 22: Bill Nye the Science Guy arrives to lead scientists and supporters down Constitution Avenue during the March for Science on April 22, 2017 in Washington, DC. The event is being described as a call to support and safeguard the scientific community.
(Photo : Jessica Kourkounis/Getty Images)

It seems like there are a lot more science supporters like Bill Nye than President Donald Trump knows about. There was an outpour of support during the recently concluded “March for Science” protest during Earth Day to fight alternative facts.

The global “March for Science” protest was conducted last Saturday, April 22. The march was instigated to fight what many believe as an “assault on facts” led by some politicians. Some protests aimed directly at Trump, who once said that climate change is a hoax. Trump even passed by some protesters while going about his day.

The March for Science was…