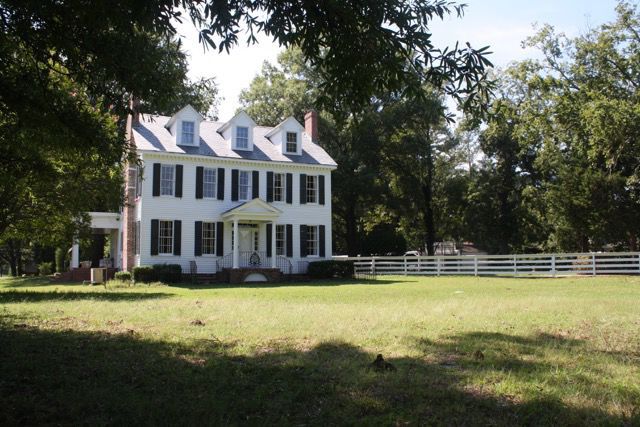 Homes selected for Virginia’s annual Historic Garden Week tour invariably put up a good front. But what’s in back is often even more delightful to see.

From a back alley or a river bank, the view has a different charm, and for just one day that private perspective opens for others to see.

“I always think people are enticed to go into waterfront homes and see the backyards and the views. It’s really cool to see what they look at out their back window,” said Laura Quinn McDermott, tour chairman.

Dozens of homes and gardens in the area will open to the public again this year for the 84th annual Historic Garden Week sponsored by the Garden Club of Virginia. Known as America’s largest open house, it continues for eight days across Virginia beginning April 22.

In Chesapeake, homes along the Western Branch of the Elizabeth River will be on tour April 22. Some of the homes have been in the same families for generations and contain family heirlooms that mix with more modern furnishings, McDermott noted.

In Virginia Beach, a neighborhood as old as the tour itself will emerge from the leafy cover of its tall hedges and majestic trees to be on display April 26. Walking the back alleys and a historic brick walkway, visitors will get a unique perspective of homes and gardens in Cavalier Shores.

“In a sense, some of the homes are like hidden gems. From the street, you can’t see the house because of the hedge, but from the walkway, you can see it,” said Connie Fulton, tour co-chairman.

The tour in Norfolk on April 27 will feature The Hague’s grand homes of the city’s early society.

“This is historic Norfolk at its oldest and finest,” said Connie Kellam, tour chairman. “This is where the movers and shakers of the early 1900s lived and entertained and married and raised their children.” A parade of antique cars beginning at the Chrysler Museum will kick off the day at 9 a.m.

The Garden Club of the Eastern Shore will provide a rare glimpse of five homes from Cheriton to Accomac on April 29.

“Many properties are hidden from view, nestled amid mature landscapes or overlooking beautiful creeks,” the literature says.

And in Newport News on April 26, six homes in the Cedar Grove neighborhood will open their doors to guests.

The tours showcase flower arrangements throughout the homes, designed by members of host garden clubs.

“These arrangers are artists,” Fulton noted.

Some tours include musical entertainment, refreshments, and demonstrations on gardening, beekeeping and flower arranging. A ticket for a one-day tour ranges from $35 to $45, but will cost less if purchased in advance. Single-site and two- and three-day combo tickets are also offered on some tours.

Tour proceeds fund the restoration and preservation of historic public gardens in Virginia, a research fellowship program and a centennial project with Virginia State Parks.

Information on how to purchase advance tickets and other details are at www.vagardenweek.org. Following are homes on the local tours, as described in the Historic Garden Week guidebook.

The following properties are included:

Wildwood, 3809 Portsmouth Blvd. A landmark in old Norfolk County, the original two-room home was built by the Hodges family in the late 18th century. The current configuration was done by the owner’s grandfather, John J. Kirchmeier, after he purchased the property in the early 1900s. Recently, the kitchen was remodeled, creating a stunning view of the riverbank. Trendsetting design pieces mix with family heirlooms throughout.

2808 Lilley Cove Drive The Lilley family took ownership of this former farm in the early 20th century. Located on the banks of Drum Creek, it is built on what was once the site of the farm’s peanut crop. A flagstone walkway leads to a contemporary brick home accentuated by a stacked stone chimney and custom woodwork. The vaulted family and breakfast rooms share an expansive view of the Creekside lawn, terrace and gardens.

2822 Lilley Cove Drive Beside a row of tall pines and across the street from historic Lilley Farms is a contemporary oasis. Large arched windows provide natural light throughout the home. A summer porch allows access to the creek-side garden, where a winding garden path leads to respites along the shoreline of Drum Creek.

3070 Falmouth Drive A spacious front lawn and circular driveway complement the commanding facade of this 1940s Classical Revival home sitting on Elizabeth Point. Interior features include detailed woodwork and a substantial collection of oyster plates. The recent addition of a covered back porch with an outdoor kitchen provides views of the river reaching as far as the skyline of downtown Norfolk.

3087 Stratford Court A steeply pitched roof, half-timbered and stone facades and tall, narrow casement windows add to the charm of this Tudor Revival home. The great room is the literal and figurative center of the home, featuring a coffered ceiling and commanding view of the riverfront. Outside, a treehouse deck affords an excellent vantage point of the river.

The following properties are included:

11 Douglas Drive Built around 1960, this two-story, red-brick Georgian sits back from Douglas Drive with loblolly pines and pin oaks fronting the street. Six white columns originally from a church frame the front door. Paintings created by the owner’s mother hang throughout the house, along with other noteworthy art. Outside, boxwoods, hydrangeas and a massive Japanese maple create a backdrop for entertaining poolside.

5 Douglas Drive One of the first four homes built on the circle, this 1940 Federal-style house remained a modest residence until extensively renovated and expanded by former owners. The gardens feature many trees not often seen in Tidewater Virginia, such as Princeton Scholar, American Yellowwood, Chinese Fringe and Japanese Snowbell. A lap pool complements the woodland setting inspired by the Mariners’ Museum Park.

3 Douglas Drive Another of…