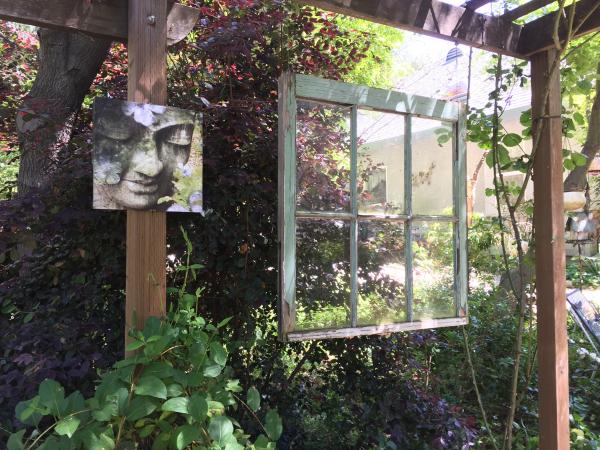 It’s the sweet spot of spring — rains are ebbing, the long dry summer is still around the corner and fields and hillsides are carpeted with flowers.
For many, it’s when the home garden is at its most spectacular. It’s also when the UC Master Gardeners of Placer County’s Mother’s Day Garden Tour offers a peek into some of the area’s most beautiful yards.
Co-chairwomen Kortne Phillips and Cooki Vonasek have put together a tour of eight gardens – one in Loomis, two in Rocklin and five in Roseville — that put some of the best of the season on view.
The tour is a home gardener’s idea showcase for drought-tolerant landscaping, hardscaping, design, bedding, tree care and vegetable gardening.
“Drought tolerant is a theme as well as people being creative and having what they love around them,” Phillips said. “Their yard is an extension of their home. With all of them, it’s an additional place for entertaining. You want that to express you as well as to be fun.”
The search for gardens to feature on the tour is a year-long effort. Some are suggested, others are volunteered. Sometimes Phillips and Vonasek just pass by a spectacular yard that captures their attention.
“Generally you can assume that because a front yard looks really great, the home owners probably have a really interesting backyard,” Phillips said.
While some of the gardens on this year’s tour are relatively new, others are a study in long-term attention and care.
The largest garden, dubbed Elaine’s Garden, is a returning favorite in Loomis from the 2007 tour. It is a woodland setting on more than an acre. It has “abundant plantings of perennials, roses, succulents and flowering shrubs along with stone art and water features,” a press release said.
“It’s a statement of how everyday things can be artistic pieces in your garden,” Phillips said. “And how old things have memories attached to them.”
Owner Elaine Wersky has lived in Loomis for 29 years — 17 years at this property.
For Wersky, who has created all the landscaping, it’s a heartfelt undertaking – and not only because she loves what she does.
“My dad died eight-and-a-half…