40 Years Ago: Massachusetts Snags a Memorable Snowfall in May Storm 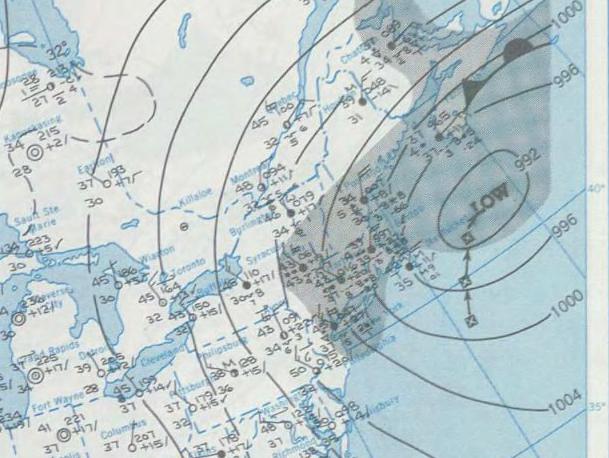 Author: Ric Werme / Source: Watts Up With That?

I’ve posted three times this year on historic snow storms of March and April. By the time May rolls in, it’s really tough to get a snowflake in southern New England. However, occasionally New England manages to find a way and outdid itself 40 years ago on May 9th.

A small low pressure system dropped down from Hudson’s Bay with a large high pressure system just behind. While the associated cold front pushed down to the Gulf of Mexico, the upper level trough became a cutoff low over southern New England Together, they managed to bring near freezing weather to where I lived in eastern Massachusetts. An offshore surface storm formed, intensified, and backed into New England bringing Atlantic moisture with it. Heavy snow aloft chilled the surface air and changed rain to heavy wet snow. That quickly overwhelmed the warm soil temperatures and brought the region some 8″ (20 cm) of snow on the ground. I measured 3″ (8 cm) of snow on the sides of utility poles.

More significantly, deciduous trees like maples had leafed out and the weight of the wet snow brought limbs and whole trees down, often on power lines. 600,000 customers lost power, some for a week. News anchor Shelby Scott at WBZ-TV begged people to feed the birds as the ground feeders couldn’t reach the ground until the snow melted.

While maps show little snow accumulation along the coast, I recall that even there they had tremendous tree damage. Higher elevations to the west, e.g. Worcester, the Berkshires, and the Catskills…