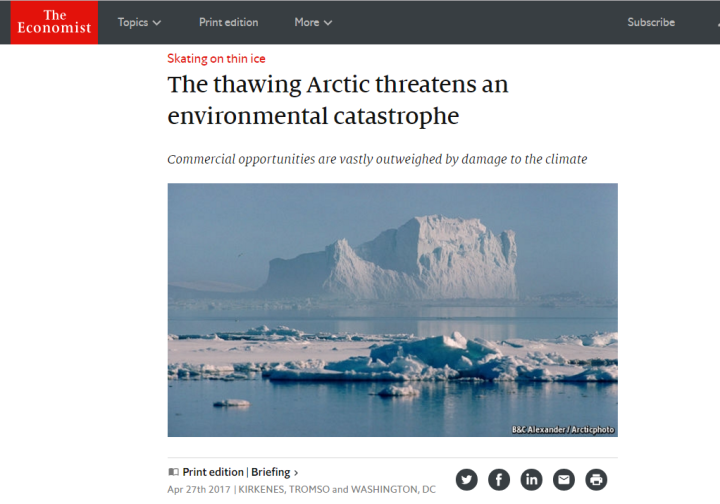 The thaw is happening far faster than once expected. Over the past three decades the area of sea ice in the Arctic has fallen by more than half and its volume has plummeted by three-quarters (see map). SWIPA estimates that the Arctic will be free of sea ice in the summer by 2040. Scientists previously suggested this would not occur until 2070. The thickness of ice in the central Arctic ocean declined by 65% between 1975 and 2012; record lows in the maximum extent of Arctic sea ice occurred in March.

The most worrying changes are happening in Greenland, which lost an average of 375bn tonnes of ice per year between 2011 and 2014—almost twice the rate at which it disappeared between 2003 and 2008 (see chart). This is the equivalent of over 400 massive icebergs measuring 1km on each side disappearing each year. The shrinkage is all the more perturbing because its dynamics are not well understood. Working out what is going on in, around and underneath a supposedly frigid ice sheet is crucial to understanding how it will respond to further warming and the implications of…