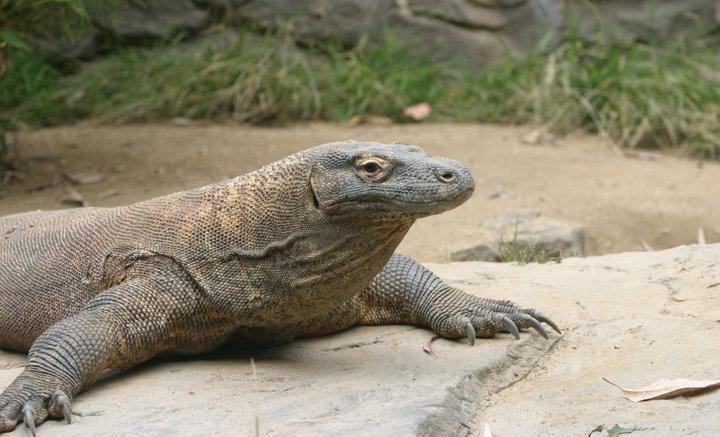 Komodo dragons, the 10-foot, 300-pound lizards found in Indonesia, do not bite humans unless attacked, but when they do, it can prove deadly. Not only is the venom in their teeth potentially fatal, they may also harbor bacteria in their mouths that is dangerous to their prey (typically, deer and pigs).

The question of whether Komodo dragons deliver fatal bacterial infections to their prey when they bite has been somewhat controversial: A 2013 study, refuting previously accepted common wisdom, swabbed the mouths of 16 captive Komodo dragons and found they had less bacteria than other predators, such as lions.

Nonetheless, Komodo dragons in the wild eat carrion and live in environments rich in bacteria yet rarely become infected, though local prey such as water buffalo do. And one reason may be because of a special resistance to dangerous bacteria in the form of cationic antimicrobial peptides, a type of protein that fights off harmful bacteria and that researchers have found in the animals’ blood.

Using the peptide in the dragon’s blood as inspiration, the researchers designed a synthetic chemical called DRGN-1, which imitates Komodo dragon blood.

As superbugs become more resistant to antibiotics, scientists are turning toward bioprospecting ― or looking to nature for potential medicines. In a recent study published in Biofilms and Microbiomes, researchers from George Mason University