Announcing the Kickstarter Campaign to Publish My Next Book, Grow Curious 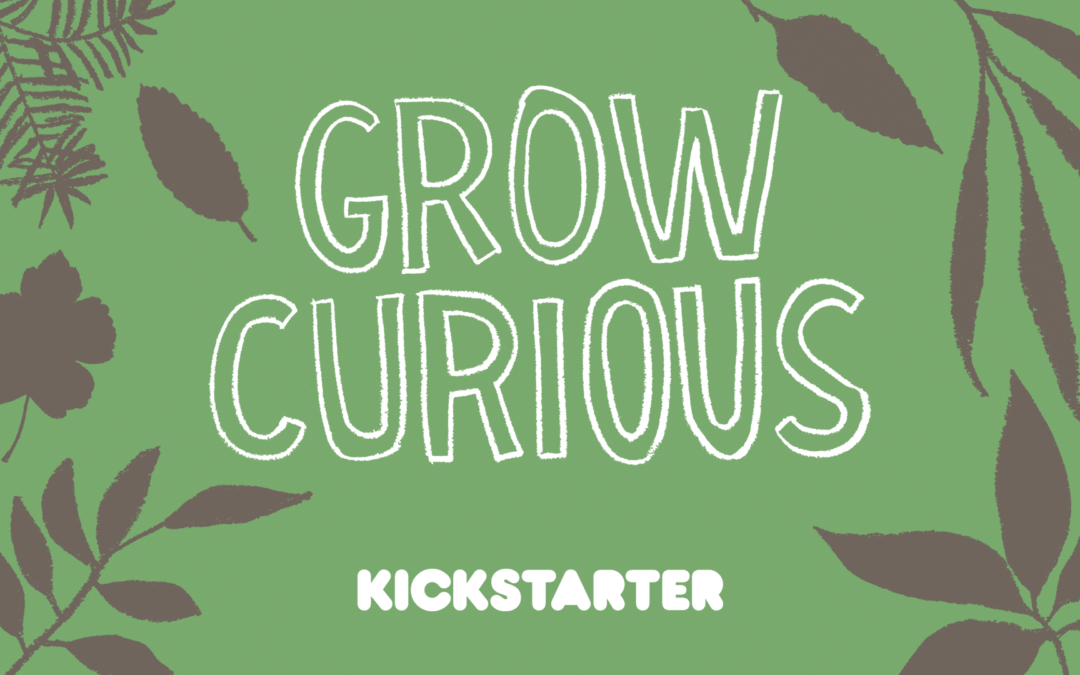 This morning I am pleased to announce the launch of the Kickstarter campaign for my next book, Grow Curious: Creative Activities to Cultivate Joy, Wonder, and Discovery in You and Your Garden. There is so much that I want to say about this project, but in short, this is a creative activity book for adult gardeners. Below I have written the story of how this idea came to fruition, but first I would like to send you over to the Kickstarter page where you can watch my video, learn about the book, and find out how you can be a part of helping me bring it into the world.

The Kickstarter campaign will be running for a month, and within that time I will post more details about the book and provide updates on the process so far as well as new events as they unfold. You can also follow along via Instagram :: Facebook :: Twitter. Campaign backers will receive further behind-the-scenes updates.

“If we allow ourselves to be more playful, see the garden with the open eyes of a child, and spend some of our time there in exploration, discovery, and with a creative freedom that is not tied to perfectionism and productivity, how will that change us?”

The Story of Grow Curious

The idea for this book came to me sometime around 2009, but the seed for it reaches way back to 1978. Imagine a five year old Gayla, sat in front of a tv screen watching Captain Kangaroo. Back then, there was an interstitial during the show called, Picture Pages in which children were invited to follow along with activities on screen using an exclusive booklet. Every segment came with instructions on how to send away for a free copy through the station, but I was five years old and without the know-how to write a letter and get it into the mail on my own. I begged my mother to order away for the book, but no book ever arrived. As the days passed, and I watched, booklet-less, I became increasingly obsessed with it, or my idea of it. In my mind’s eye, I imagined an incredible, magical book full of curious ideas and fascinating activities that would invite wonder and discovery into my life. It drove me nuts that as a kindergartener I lacked the power to do anything but stare at the screen in silent longing. Eventually, the segment was dropped from the show and I grew out of children’s television programming.

Some 30 years later, it was this childhood memory that became the seed for the idea to make an activity book for adult gardeners. Alas, when…