Beekeeper on a mission to help world make ‘honey money’ 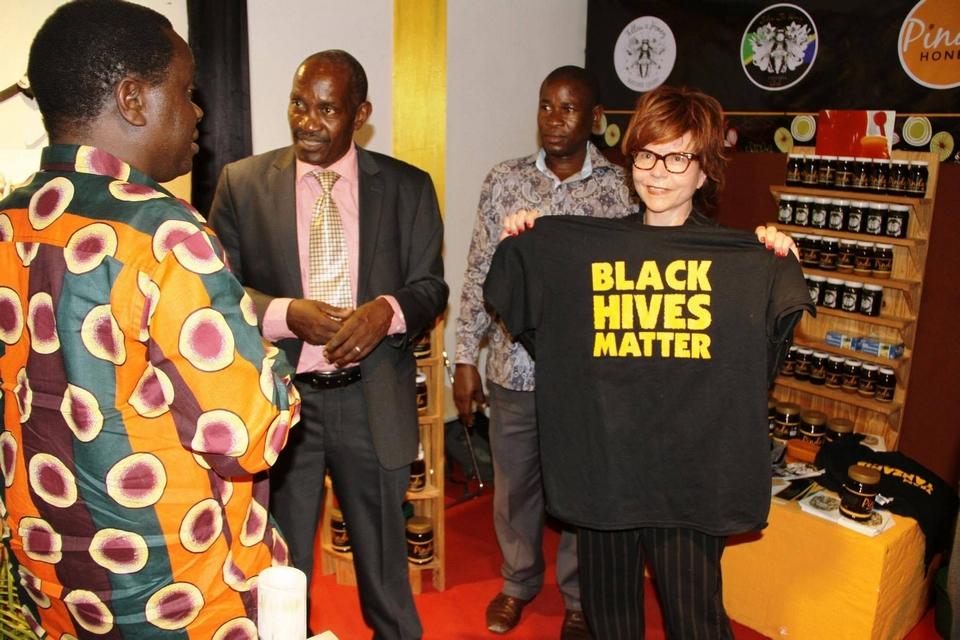 ORANGE – “Bee-cilitator” and Central Massachusetts beekeeper Mary Canning, just returned from Nepal, one of the regions where she is working on instituting a far-reaching initiative to create more pollination habits and honeybee apiaries as an economic resource for villagers living in poverty.

Ms. Canning, 56, who owns Follow the Honey in Cambridge, lives in Orange and tends to her own apiary on 18 acres that she owns in Warwick, with husband and business partner Ingo Winzer.

After losing her first husband, a physician, to cancer in 2004, the film major, who previously worked at WGBH as research and production support on “Frontline″ and as an associate producer for “Nova,” Ms. Canning said she turned to the bees and adopted a “hakuna matata” lifestyle, a Swahili phrase meaning “no worries,” opening Follow the Honey in 2011.

When she is not selling honey in Boston, Ms. Canning travels the world to help teach those living in poverty about a potential resource they have in abundance that they can turn into “liquid gold.”

Starting with women beekeepers living in South India and now working with African farmers, she teaches them how they, too, can make “honey money.”

People do not realize how labor intensive beekeeping is, Ms. Canning said, and undervalue it, but it takes 1,125 bees and 2 million flowers to make a pound of honey.

“For people who are marginalized, the village can’t grow if the village doesn’t know,” she said. “These populations have no access to current events or news, smartphones or WiFi. The more remote the people are, the more pristine and valuable the honey is, and there is an abundance of it as a potential resource, as long as they have protective gear because African bees are ‘bad a–.’”

On a recent trip to Tanzania following an invitation by the former prime minister, Ms. Canning helped establish apiaries and also a market connection for farmers living in poverty to sell their honey in the U.S., developing a network of 15,000 beekeepers…