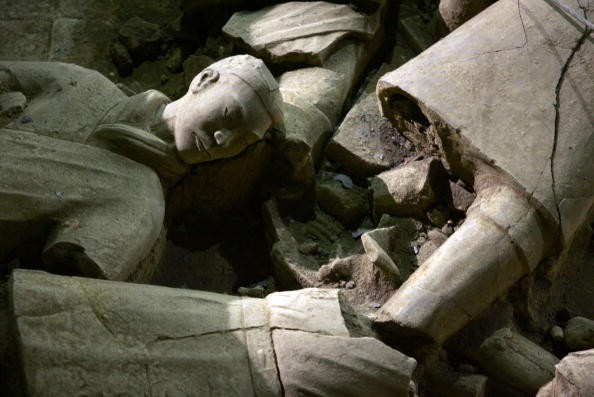 Another major find in China just occurred. Pictured above are relics of ancient terracotta warriors is seen in the No.2 pit of the Qin Terracotta Warriors and Horses Museum.
(Photo : China Photos/Getty Images)

One could only imagine what the fascinating images that filled the newly discovered 1,400-year-old tomb in China. The strange pictures included a blue monster, a naked deity and a winged horse, and scientists are still wondering what it all means.

According to a report from Live Science, the archaeologists revealed that the motifs and the connotations found were unique to this tomb. They’re not seen in other tombs, even in the ones from the same period.

This particular tomb was first discovered back in 2013 in what is now the city of Xinzhou. A team from Shaanxi Provincial Institute of Archaeology excavated the tomb…