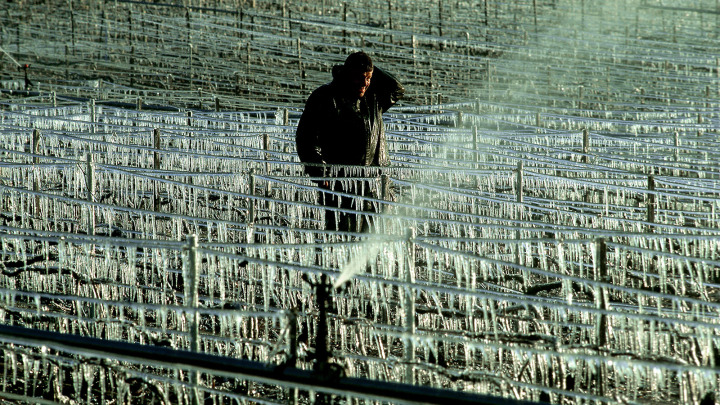 They warned us that the delicate vineyards could be severely damaged by man caused global climate change. We wouldn’t listen and see what we got:
French Bordeaux vineyards could lose half of harvest due to frost on Sat May 6, 2017

REUTERS BORDEAUX, France “Bordeaux vineyards in southwest France could lose about half of their harvest this year after two nights of frost damaged the crop at the end of April, a wine industry official said on Saturday. … Wines from the Cognac, Bergerac, and Lot-et-Garonne regions had also been affected … ‘For Bordeaux wines…we estimate that the impact will be a loss of about 50 percent, depend on how many buds can regrow’”
English vineyards report ‘catastrophic’ damage after severe April frost

GUARDIAN.COM “Chris White, the chief executive of Denbies Wine Estate in Surrey, said up to 75% of its crop was damaged by last week’s sub-zero temperatures: “The temperature dropped to -6C and at that level it causes catastrophic damage to buds,” he said. White said staff had worked in vain using special fans and heaters to protect the…