Coolest Facts About Narwhals That Will Amaze You 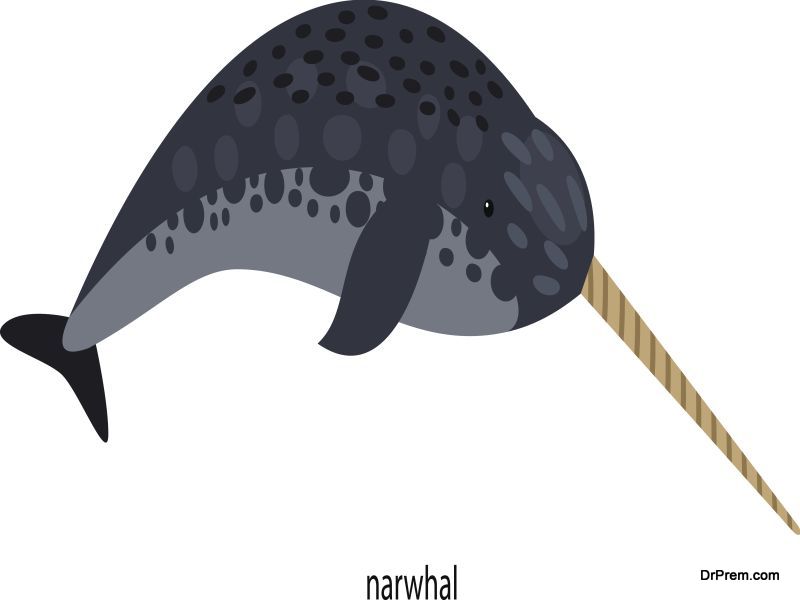 The narwhal is an elusive creature of the sea which has become the stuff of legends. It is a whale which can be found in the Arctic Ocean. This whale has mystified people for hundreds of years as it reminds people of the unicorn. This is because of its tusk which can be up to ten feet in the male. This “horn” or tusk is actually the creature’s left tooth which extends out through the upper lip. The name of the narwhal is derived from a Norse word “nar”, meaning corpse, as the grey, black and white color of the adult looks like a corpse and Monodon monoceros – “one horn, one tooth”, in Greek is its scientific name. Read on to find out some cool facts about this intriguing creature:

Narwhals can be found in the waters near Svalbard and Russia in the Arctic Ocean. Baffin Bay, Hudson Strait and Hudson Bay off Greenland’s eastern coast, are also areas in which this whale is spotted. The narwhal’s population is mostly concentrated around the waters of western Greenland, Northern Canada. They are sometimes spotted near Alaska.

The size of narwhals ranges from 13-18ft, with males being slightly bigger than females. Males weigh up to 4000 pounds and females up to 2200 pounds. The color of narwhals is a mottled white and black, with older males being completely white sometimes. The mouth is curved, giving the appearance of a smile always. Instead of dorsal fins, these whales have a dorsal ridge on top of the body, which allows it to swim underneath ice. They have a flexible neck, short snout and a thick blubber layer which keeps them warm.

The narwhal tusk is the canine tooth that projects from the…