Crazy litigious climate : “citizens have a constitutional right to a stable climate system” 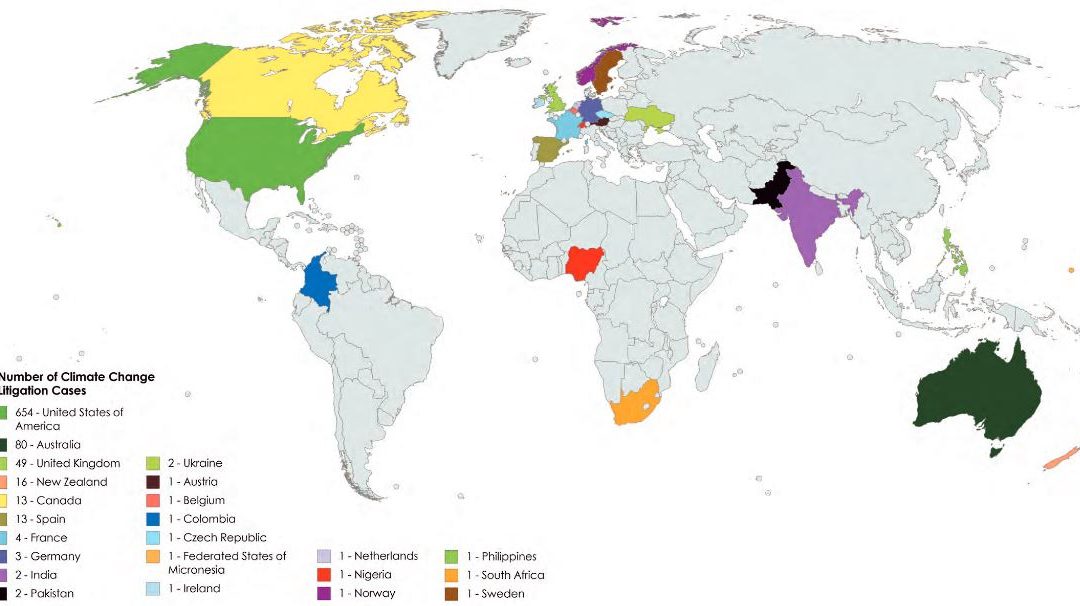 From the “next, let’s sue because the weather was bad for my picnic today” department comes this study that shows just how crazy it’s become. I mean really, what’s next? Sue Exxon because a hailstorm damaged the roof of your house? Or sue the feds the because the Red River in North Dakota flooded in the springtime yet again, because that’s what it does? I would not be surprised if we see something like that this year. The idea that people can litigate action for a “stable climate” is as ludicrous as expecting the universe to revolve around the Earth, something egotistical yet ignorant humans once believed. Stable climate is nothing more than a fable. And, just where in the US Constitution does is say we have a right to stable weather or climate? Nowhere.

Via Columbia University Earth Institute: A new global study has found that the number of lawsuits involving climate change has tripled since 2014, with the United States leading the way. Researchers identified 654 U.S. lawsuits—three times more than the rest of the world combined. Many of the suits, which are usually filed by individuals or nongovernmental organizations, seek to hold governments accountable for existing climate-related legal commitments. The study was done by the United Nations Environment Program and Columbia University’s Sabin Center for Climate Change Law.

Around 177 countries recognize the right of citizens to a clean and healthy environment, and courts are increasingly being asked to define the implications of this right in relation to climate change.

“Judicial decisions around the world show that many courts have the authority, and the willingness, to hold governments to account for climate change,” said Michael Burger, executive director of…