Desperate Paris Agreement Advocates: The USA is a “Rogue Country”, Better Off Out 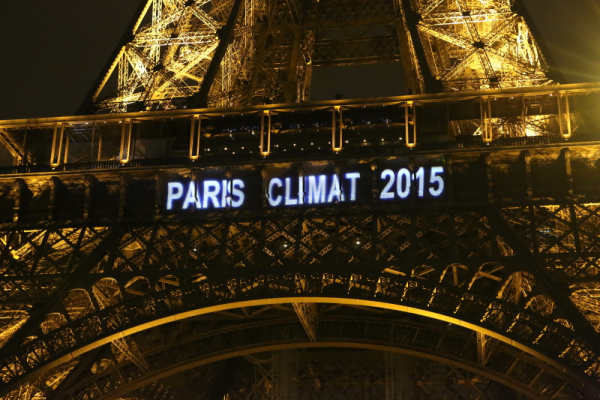 Climate advocates have boasted about physically bullying President Trump, and are hurling vile insults at President Trump and the USA in general, over Trump’s refusal to date to endorse their climate bully pact.

Trump Delays Final Decision On Paris Agreement Until Next Week

Sources told HuffPost this month that Trump was leaning toward withdrawing. But since then, world and corporate leaders have increased pressure for the U.S. to remain in the deal. During his first visit to the Vatican this week, Pope Francis gave Trump a 184-page letter on climate change.

In the president’s best-known business book The Art of the Deal, he outlines a strategy for negotiating based on making aggressive opening salvos. Vowing to withdraw could be an initial step toward reworking the Paris Agreement to get what his administration considers more favorable terms.

Pulling out of the agreement could have major economic consequences. The U.S. could lose jobs in a clean energy industry estimated to be worth $6 trillion by 2030. Countries could put a tariff on American-made imports. And investors could sour on the U.S. amid what they see as instability sown by sclerotic regulation of carbon emissions.

The diplomatic ramifications could be worse. Quitting the deal could brand the nation as a “rogue country“ and a “climate pariah” as it loses its seat at the negotiating table on global climate policy. Moreover, the U.S. risks ceding global influence to rival superpower China, which has already promised to support poorer countries’ efforts to adapt to climate change.

“Trump has heard now very clearly from world leaders, CEOs, and even the Pope,” David Waskow, director of international climate policy for the World Resources Institute, told HuffPost by email. “It’s time for him to make the right decision.”

The Australian National University, which seems to think “the ends justify the means” when it comes to the climate cause, also joins the growing wave of insults against the USA;

Paris Agreement safer with the US out: Climate observer

ELEANOR HALL: One close observer of international climate negotiations says it would in fact be preferable were President Trump to pull the US out of the Paris Agreement.

Dr Luke Kemp is no climate change denier. He is a lecturer in International Relations and Environmental policy at the Australian National University, and he joined me earlier.

ELEANOR HALL: Now European leaders are warning that the US should not abandon the Paris Agreement, but you argue that it would be better for international action on climate if the US were to withdraw. Why?

All you’re doing by keeping the US inside of it is gifting greater leverage to a recalcitrant administration.

This is not the first time greens have called…