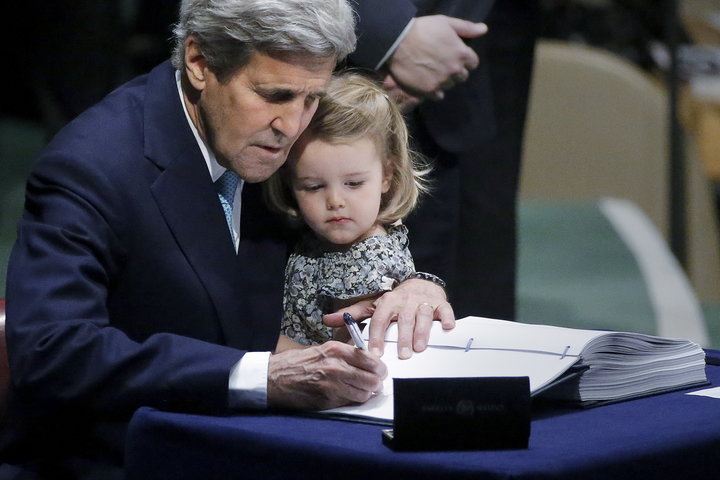 President Donald Trump plans to withdraw from the Paris Agreement on climate change, multiple outlets reported Wednesday. This would make the United States one of just three countries outside the historic pact to reduce planet-warming emissions.

Trump pledged during his campaign to “cancel” the deal, but delayed a decision for months amid a split in the administration on the issue. But in recent weeks, the camp opposing the accord apparently convinced the president to abandon it ― despite few political advantages and harsh economic and diplomatic consequences.

Under the terms of the deal, the U.S. cannot officially withdraw until November 2019. But even an announcement that the country is looking to leave the deal shows that the White House has no plans to meet earlier targets for slashing greenhouse gas emissions.

That much was already clear. In March, Trump ordered the Environmental Protection Agency to review the Clean Power Plan ― a sweeping regulation passed by former President Barack Obama to limit emissions from the utility sector, by far the country’s biggest emitter. The policy was already stayed by the Supreme Court in February 2016 as a result of a lawsuit filed by former Oklahoma Attorney General Scott Pruitt, who is now Trump’s head of the EPA. Without the Clean Power Plan, the U.S. wouldn’t even come close to meeting its goals laid out in the 2015 Paris Agreement.

Trump vowed to jumpstart the U.S. economy by eliminating environmental regulations he blamed for holding back companies. In particular, he positioned himself as a staunch advocate for fossil fuels, nixing climate change funding from his proposed budget and scrapping rules that discourage pollution and boost renewable energy. But, somewhat ironically, major oil, gas and coal companies ― along with a plethora of other big corporations ― urged Trump to keep the U.S. in the Paris Agreement.

Environmental groups have little legal recourse given that the Obama administration bypassed the Senate to ratify the deal, arguing it did not constitute a treaty. But the Trump administration…