Downed tree continues to cause major flooding in Garden City 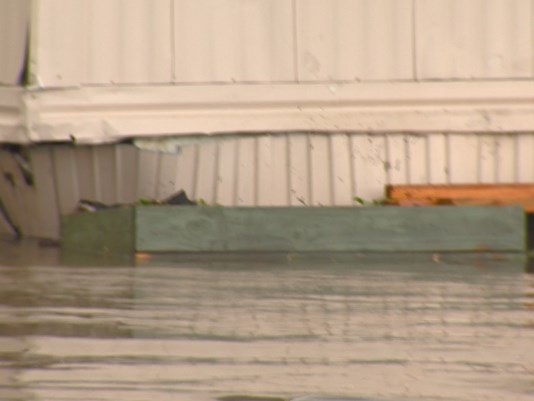 GARDEN CITY — Flood water continued to run onto more streets along the Boise River in Garden City on Saturday.

With the river already running above flood stage, an uprooted tree went toppling into the water on Friday, April 28. Since then, it has moved several blocks downstream, causing major flooding from E. 46th to E. 48th streets near Adams Street, in an area filled with businesses, warehouses and mobile homes.

More than three blocks were inundated with water on Saturday night.

Officials say pumping water out won’t work, because there’s no place to put it, and new water would flow in.

“It’s a tough situation. It’s not something we can just run out and fix, unfortunately,” Evans said.

Evans says the downed tree has touched off a chain of events that has sent water into low-lying streets and buildings.

“The water is obviously pushing the tree, and it backs up behind it, and that tends to also direct flows laterally as well as downstream,” he…