Dumping Paris agreement right decision for U.S. and the world 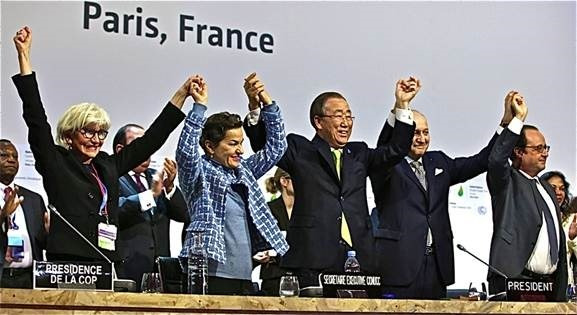 President Trump should dump the politically contrived and scientifically corrupt 2015 Paris climate agreement as the right decision for the U.S. and the world.

Those arguing that the U.S. should continue to support the Paris process but negotiate new and different provisions are naïve and fail to appreciate that the Paris process of political and scientific corruption disqualifies it serving as a credible vehicle for advancing legitimate future climate policy proposals.

The 2001 UN IPCC AR3 report established that it is impossible to create climate models which accurately represent global climate when it concluded that “In climate research and modeling, we should recognize that we are dealing with a coupled non-linear chaotic system, and therefore that the long term prediction of future climate states is not possible.”

The most recent UN IPCC AR5 report relies upon these inadequate climate models and tries to hide this inadequacy by employing slight of hand “assessed likelihood” opinions, conjecture and speculation to improperly convey degrees of certainty of climate outcomes that are unsupported by scientifically established and mathematically derived probabilities.

The Paris agreements provisions which rely upon climate “models” that are clearly inadequate and where scientific conjecture is falsely disguised as certainty have also been unequivocally determined to be flawed and failed as documented in Congressional testimony by climate scientists before the House Science Committee in March 2017.

Climate scientist Dr. Judith presented testimony before the House Science Committee in March 2017 where she identified the fundamental flaws contained in climate models as follows:

Climate scientist Dr. John Christy also presented testimony before the House Science Committee where he employed the scientific method to evaluate the credibility of climate model temperature projections against actual measured global temperatures. He concluded that:

The testimony before the House Science Committee of Dr. Curry regarding the extensive flaws contained in climate models coupled with the testimony of Dr. Christy regarding the extraordinary failed performance of these climate models in conjunction with the UN IPCC’s own acknowledgement of it’s inability to create climate models which can faithfully represent global climate clearly dictates that using such models for establishing global climate policy actions is completely inappropriate and unjustified.

The U.S. has been extremely successful in reducing greenhouse gas and CO2 emissions from its peak levels in year 2007 driven by the remarkable energy market benefits of natural gas fracking.