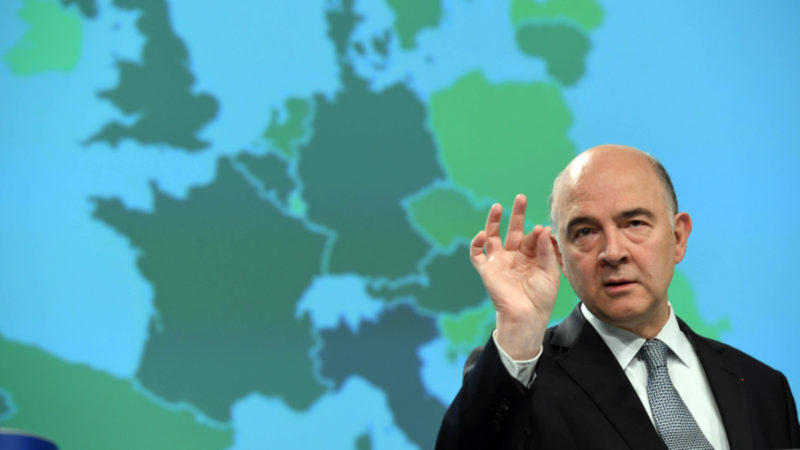 The European Commission on Thursday (11 May) revised upwards its growth forecast for this year and the next, despite the difficult break-up negotiations expected between the EU and the UK, and the long list of challenges affecting the bloc.

“The first message is ‘good news’”, Economic Affairs Commissioner Pierre Moscovici told reporters yesterday during the presentation of the Spring Forecast. In this fifth year of the recovery, he said that all member states will grow over the next two years.

Europe still faces an important number of threats. But Moscovici highlighted the growing confidence among households, the gradual recovery of global activity, and the “substantial number of jobs” created.

As a result, the Commission improved the GDP outlook for the EU. The bloc is expected to grow 1.9% in 2017 and 2018, the period during which the Union expects to conduct the bulk of the Brexit talks.

In February, Brussels forecasted 1.8% of GDP growth for both years.

The sluggish investment levels continue to worry many in Europe. Despite the ECB’s massive monetary stimulus, and the Juncker Plan, Moscovici noted that investment is held back by the high levels…