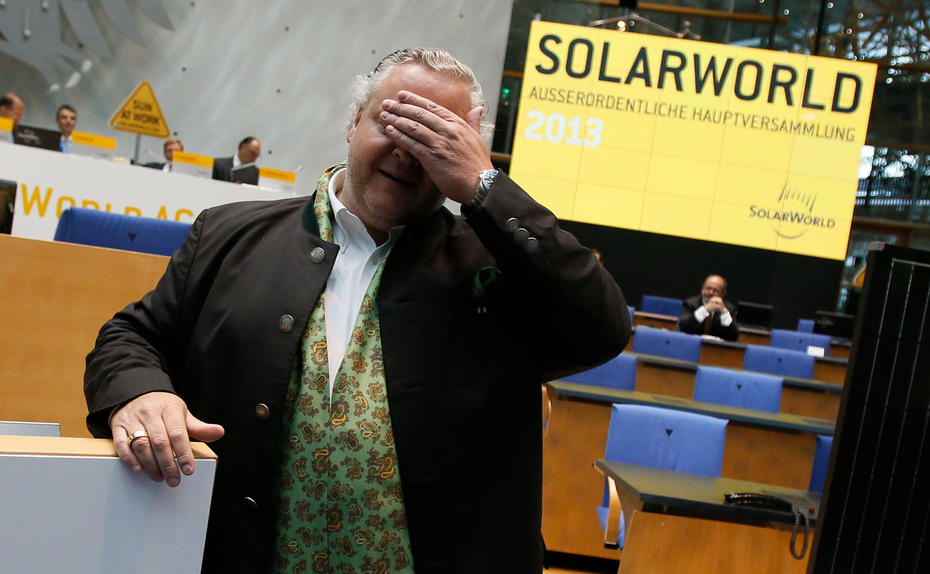 Germany’s SolarWorld, once Europe’s biggest solar power equipment group, said on Wednesday it would file for insolvency, overwhelmed by Chinese rivals who had long been a thorn in the side of founder and CEO Frank Asbeck, once known as “the Sun King”. A renewed wave of cheap Chinese exports, caused by reduced ambitions in China to expand solar power generation, was too much to bear for the group, which made its last net profit in 2014. —Reuters, 11 May 2017

The company once hailed as Europe’s largest solar panel producer filed for bankruptcy Wednesday, blaming cheap Chinese panels for flooding the market. SolarWorld is only the latest bankrupt solar company to…