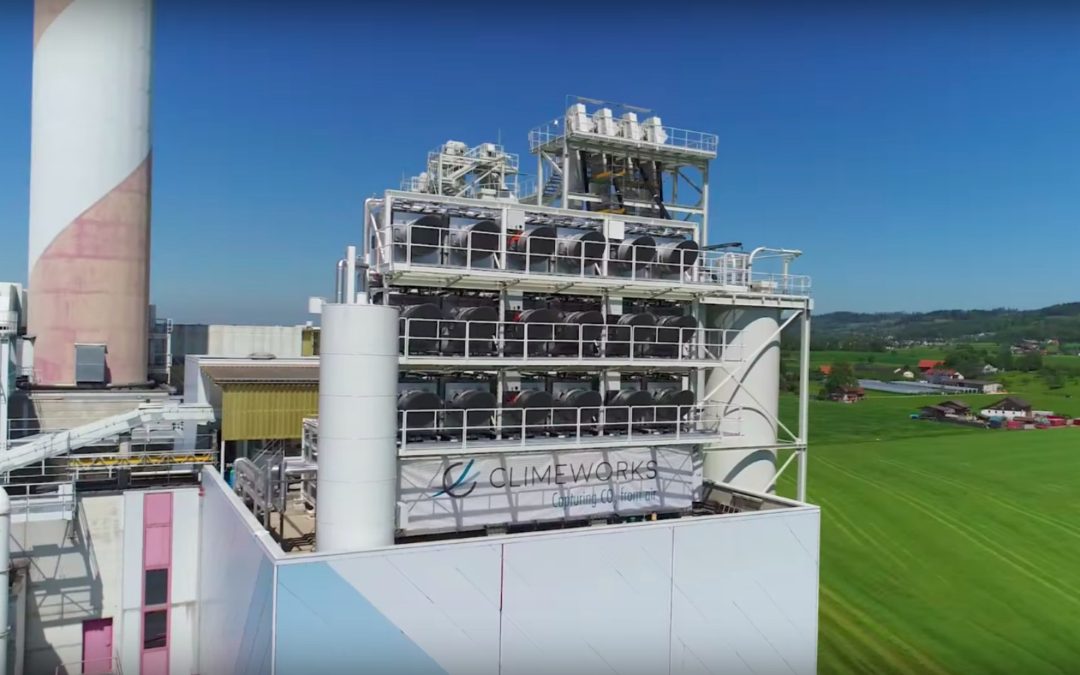 A Swiss company on Wednesday is set to become the world’s first to commercially remove carbon dioxide directly from the atmosphere and turn it into a useful product.

Climeworks, which will begin operations at a facility near Zurich, Switzerland, plans to compress the CO2 it captures and use it as fertilizer to grow crops in greenhouses. The company wants to dramatically scale its technology over the next decade, and its long-term goal is to capture 1 percent of global annual carbon dioxide emissions by 2025.

Along with cutting fossil fuel use to zero, removing carbon dioxide from the air is increasingly seen as one way to stop the long-term buildup of greenhouse gases in the atmosphere. Carbon removal and storage coupled with drawing down fossil fuel use is called “negative emissions.”

Time is running out to perfect the various methods of capturing carbon dioxide and permanently storing it. Research shows that atmospheric carbon dioxide concentrations will increase to the point that 2 degrees C (3.6 degrees F) of global warming will be inevitable within the next 22 years. Scientists consider that level of global warming dangerous, and the goal of the Paris climate agreement is to stop global warming before that limit is reached.

The technology to remove carbon dioxide from the atmosphere, including planting new forests and building facilities that directly remove and capture climate pollution from the air, is in its infancy. It has never been tried at a large scale, and nobody knows if it can be used worldwide to remove enough carbon dioxide to slow warming.

The Climeworks plant represents the beginning of an industry that is attempting to perfect the technology. Other companies, such as British Columbia–based Carbon Engineering, are also working on direct-air capture plants that will commercially suck carbon dioxide from the air.

Sabine Fuss, a sustainable energy researcher at the Mercator Research Institute on Global Commons and Climate Change in Berlin who is unaffiliated with Climeworks, said that the company’s direct-air capture plant is the first…