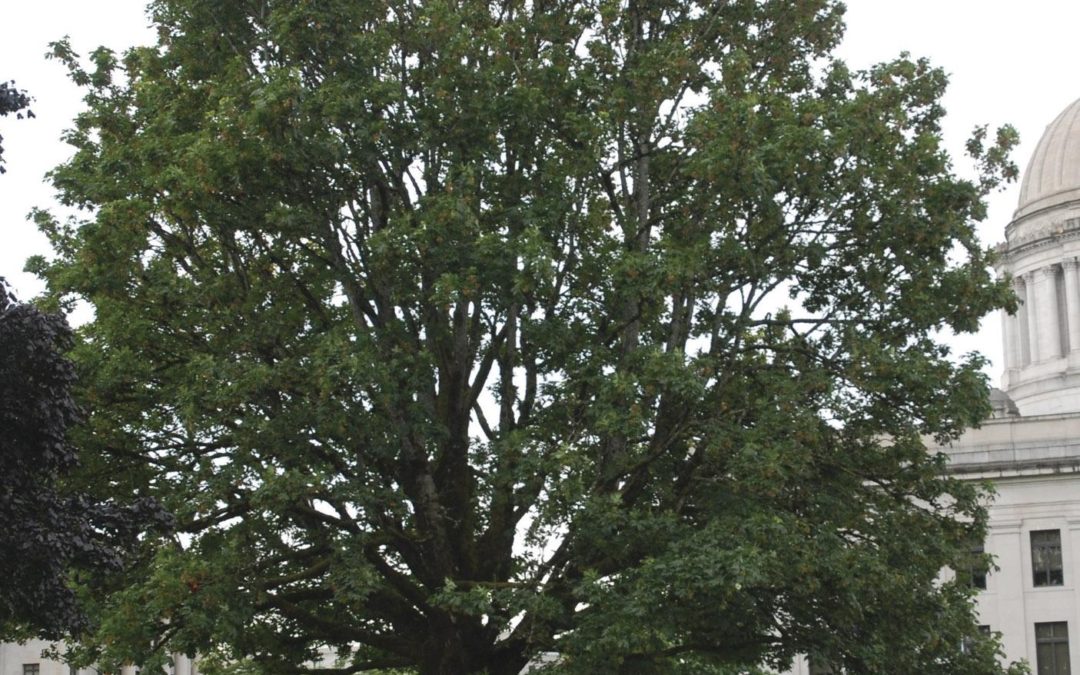 By Diana Lockwood / For The Columbus Dispatch

Although they don’t spew ash or ooze lava, mulch “volcanoes” wreak their own kind of havoc.

Mounded against tree trunks in sloping piles suggesting a miniature Mount St. Helens, too much mulch can injure or even kill a tree.

That’s just one of the morsels about mulch that Eric Brownlee, a certified arborist and manager of the Columbus office of Bartlett Tree Experts, offered during a recent phone conversation.

The takeaway: Applied correctly, mulch can be a tree’s best friend; incorrectly, the tree will wane.

“Trees that have volcano mulch will produce roots that circle the tree,” he said — roots that might eventually choke the trunk.

Because such roots can end up impeding the flow of water and nutrients, “it’s just like if you have a rubber band really tight on your wrist.”

In addition, volcano mulching prevents air from reaching the bark.

“The trunk of a tree isn’t designed to be consistently moist,” he said.

What’s a well-meaning, mulch-happy homeowner to do?

“Make sure that the root collar is exposed,” Brownlee emphasized.

He called this segment the “ankle” of a tree, the point where the trunk flares out near the surface of the soil.

A layer of mulch should actually thicken as it transitions away from the trunk, not toward…