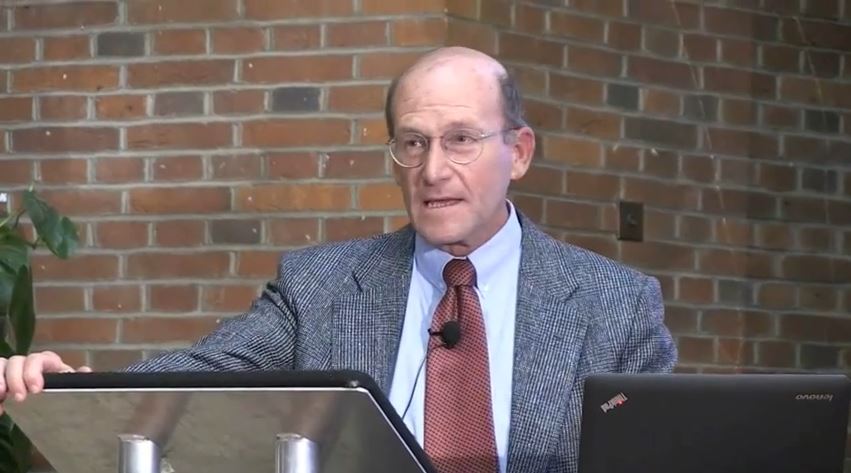 Dr. Murry Salby has been getting substantial attention in the climate blogosphere, for two reasons. First is his theory that at least 2/3 of the observed increase in atmospheric CO2 is natural and temperature induced. Second are the circumstances surrounding his departure from U. Colorado and later termination from Macquarie University. This post covers the first and not the second, and is motivated by a very recent WUWT post on the mysteries of OCO-2, where the Salby theory was raised yet again in comments.

Dr. Salby developed a substantial scientific reputation for work on upper atmosphere wave propagation and stratospheric ozone. He has published two textbooks, Atmospheric Physics (1996) and Physics of the Atmosphere and Climate (2012). His new theory that most of the increase in atmospheric CO2 is naturally temperature induced (NOT anthropogenic) is not published. He explicated it in a Hamburg lecture 18 April 2013, and a London lecture 17 March 2015. Both are available on YouTube. (Search his name to find, view, and critique them before reading on if you want to deep dive.) This post does not reproduce or critique his arguments in detail. (There are fundamental definitional, mathematical, and factual observation errors. Perhaps a more detailed companion post will follow detailing them with footnotes if this does not suffice.) This post only addresses whether his conclusions are supported by observations; it is a macro Feynman test rather than a Salby details deep dive.

The core of Salby’s theory is derived using CO2 data from MLO’s Keeling Curve since 1958, and satellite temperature data since 1979. (His few charts reaching back to 1880 contain acknowledged large uncertainties.) His theory builds off a simple observation, that in ‘official’ estimates of Earth’s carbon cycle budget, anthropogenic CO2 is only a small source compared to large natural sources and sinks. This is illustrated by IPCC AR4 WG1 figure 7.3.

He then deduces there must be rapidly responding temperature dependent natural CO2 net sources much greater than anthropogenic sources. This is a very questionable argument on short decadal time frames. Gore got it wrong, and Salby got it wrong. The ice core based CO2 lagged change to temperature is about 800 years, common sensically corresponding to the thermohaline…