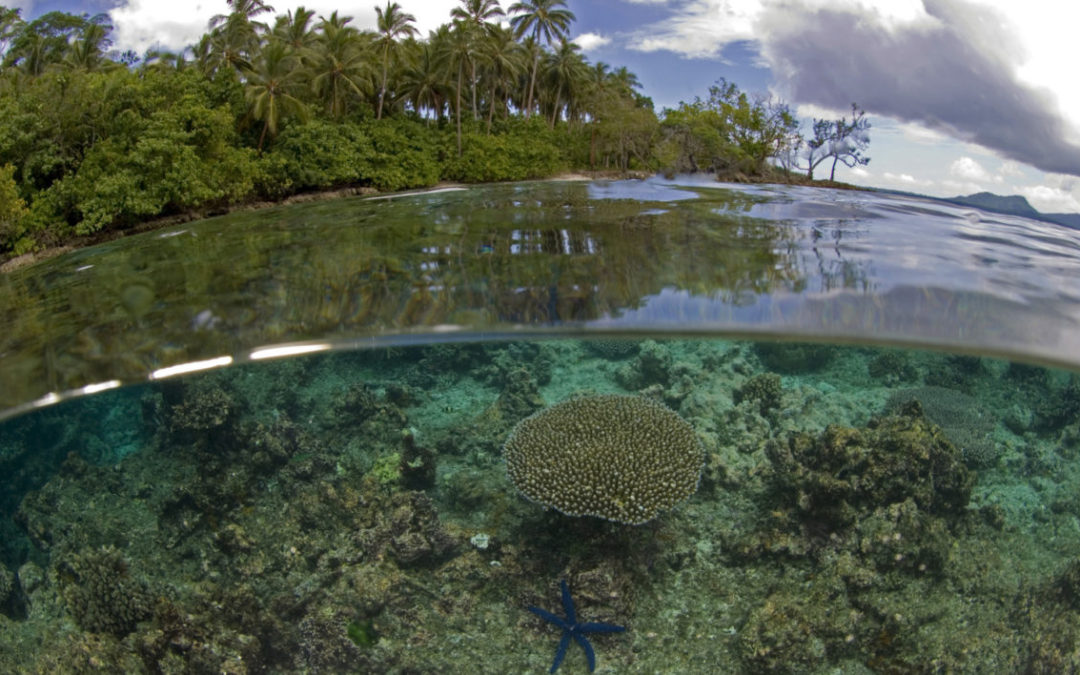 Protecting fish populations on coral reefs sounds simple: protect the reef, protect the fish. But unfortunately conservation efforts aren’t that straightforward, as human activities on land can impact what happens in the ocean.

In the Solomon Islands, near-shore logging operations significantly reduce populations of juvenile bumphead parrotfish on their nursery grounds, according to new research from Nature Conservancy scientists, jeopardizing both reef health and local livelihoods.

A Keystone Species At Risk

There’s no mistaking a bumphead parrotfish — teal-colored fins, neon-pink lips, and a head equipped with a battering ram make this iconic reef fish utterly unmistakable. The largest species of parrotfish, reaching more than 50 kilos in weight, Bolbometopon muricatum is found in tropical waters of the Western Pacific and Indian Oceans.

This keystone species is one of the main bio-eroders of coral reefs. A single, large adult can eat up to 5 tons of coral material in a year, and the waste products of this diet form the much-praised white-sand beaches of the South Pacific. Historically an important species for subsistence fishermen in the Solomon Islands, bumpheads are now increasingly the targets of commercial spear fisheries.

“Unfortunately they’re very easy to overfish, because of their large size and the fact that they sleep together in schools at predictable locations,” says Richard Hamilton, the director of The Nature Conservancy’s Melanesia program. Previous research by Hamilton and his colleagues indicates that the species’ tendency to aggregate at night means the fishery is hyperstable, where catch rates stay stable while the actual fish population declines drastically.

As a rise in night spearfishing sweeps across the Indo-Pacific — aided by better gear and underwater flashlights — populations of bumphead parrotfish are declining rapidly. The bumphead parrotfish is currently considered vulnerable by the IUCN Redlist.

Different Worlds on the Reef

In 2012, Hamilton and his colleagues were undertaking fieldwork in the Solomon Islands to assess the status of bumphead populations. Adult bumpheads tend to be found on outer reefs, while juveniles are found on sheltered coral reefs near mangroves. “While these nursery areas are fascinating, we predominantly focused our 2012 survey on outer reef,” said Hamilton. In countries like Solomon Islands and elsewhere in the Indo-Pacific, murky waters and the threat of saltwater crocodiles dissuade both researchers and the dive industry from exploring these areas.

But as the fieldwork went on, Hamilton became concerned by reports from fishermen across the region that juvenile reef fish had virtually disappeared from the nursery reefs near on-shore logging operations. “There was a strong consensus among fishermen that there was a marked change following logging,” he says, “so we wanted to quantify the impact of the logging in these juvenile populations.”