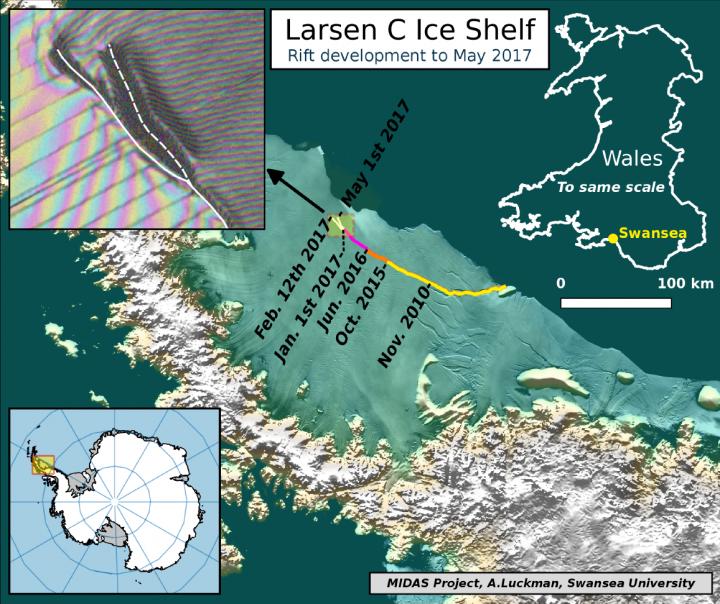 From SWANSEA UNIVERSITY and the “if ice cracked in the Antarctic before airplanes and satellites existed, did it make a visual?” department.

The rift in the Larsen C ice shelf in Antarctica now has a second branch, which is moving in the direction of the ice front, Swansea University researchers revealed after studying the latest satellite data.

The main rift in Larsen C, which is likely to lead to one of the largest icebergs ever recorded, is currently 180 km long. The new branch of the rift is 15 km long.

Last year, researchers from the UK’s Project Midas, led by Swansea University, reported that the rift was growing fast. Now, just 20km of ice is keeping the 5,000 sq km piece from floating away.