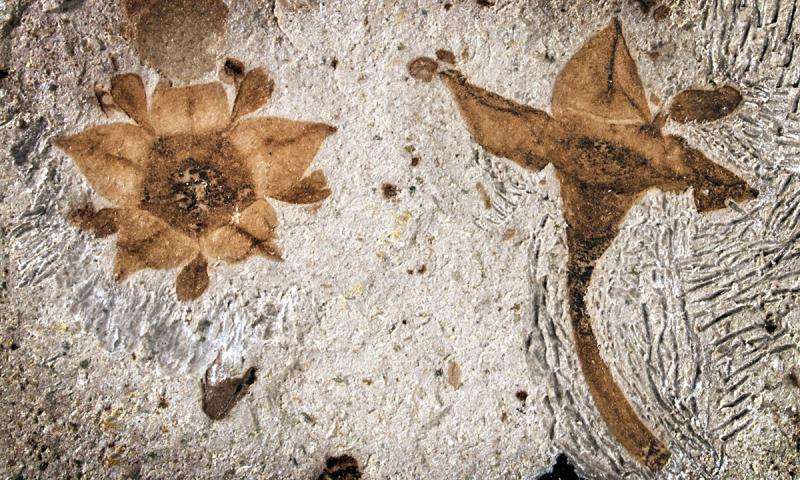 Now, an international team that includes Cornell researchers reports the discovery of the first fossilized flowers from South America, and perhaps the entire Southern Hemisphere, following the extinction event. The fossils date back to the early Paleocene epoch, less than one million years after the asteroid struck. They were discovered in shales of the Salamanca Formation in Chubut Province, Patagonia, Argentina.

The researchers identified the fossilized flowers as belonging to the buckthorn family (Rhamnaceae). Today, the family is found worldwide.

The study was published May 10 in the online journal PLOS One.

“The fossilized flowers provide a new window into the earliest Paleocene communities in South America, and they are giving us the opportunity to compare the response to the extinction event on different continents,” said Nathan Jud, the paper’s first author and a postdoctoral researcher in Maria Gandolfo’s lab, a senior research associate at the L.H. Bailey Hortorium and a co-author of the paper.

The finding also helps resolve an ongoing debate in the field of paleobotany on the origin of the Rhamnaceae plant family. Scientists have argued about whether early buckthorns originated in an ancient supercontinent called Gondwana, which later split and includes most of…