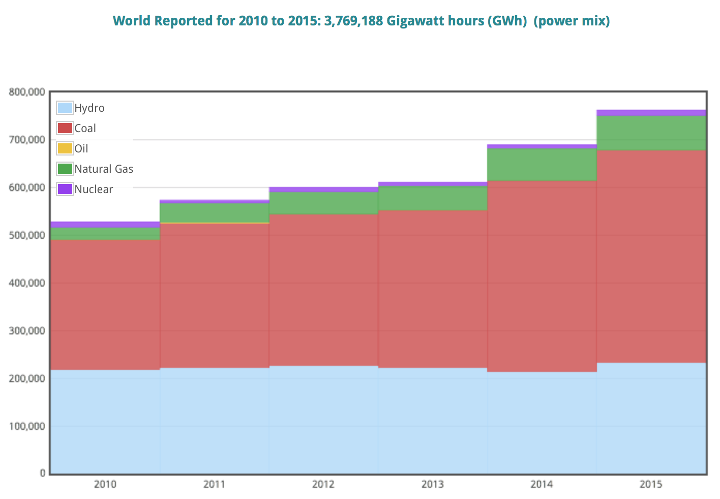 Oxfam have written a report which claims coal power will create more poverty. In my opinion this claim is a disgusting direct attack on the coal fired industrialisation, jobs and opportunities currently lifting a growing number of people out of chronic poverty in Asia and Africa.

Tackling poverty and inequality means bringing an end to the fossil fuel era, beginning with no new coal and supporting renewable energy for all.

More coal will drive more people into poverty through the devastating consequences of climate change and the direct toll of coal mining and burning on local communities, including loss of land, pollution, and health impacts.

With the vast majority of energy-poor households in developing countries living beyond the reach of the electricity grid, coal is categorically unsuited to addressing the challenges of energy poverty. Renewables are the clear answer to bringing electricity to those who currently live without it, and are already bringing transformative benefits for communities around the world.

Recognition of coal’s immense toll on vulnerable communities and why more coal will entrench poverty has been largely absent from the battle over climate and energy policy in Australia.

Also missing from the debate has been an acknowledgement of coal’s inability to meet the energy needs of the world’s
poor, and an understanding of the scale and pace of action necessary from Australia to meet our obligations under the Paris Agreement and help limit warming to 1.5°C — a matter of survival for many vulnerable countries.

As an international development agency working in more than 90 countries, Oxfam has observed directly the impacts of coal and climate change on communities worldwide, as well as how renewable energy is changing lives, raising incomes, improving health and education, and powering inclusive development.

The point Oxfam miss is only poor people are vulnerable. Coal makes poor people rich, by allowing their nations to industrialise. The rise of China, the industrial revolution in Europe, the rise of coal fired industry in America – the evidence that coal powered industrialisation leads to wealth is indisputable.

Rich people are not vulnerable to climate change. Rich people can afford tornado proof houses, and decent sea walls. When…