Pew: #climatemarch and #sciencemarch did little to sway public opinion, and may in fact have hurt “the cause” 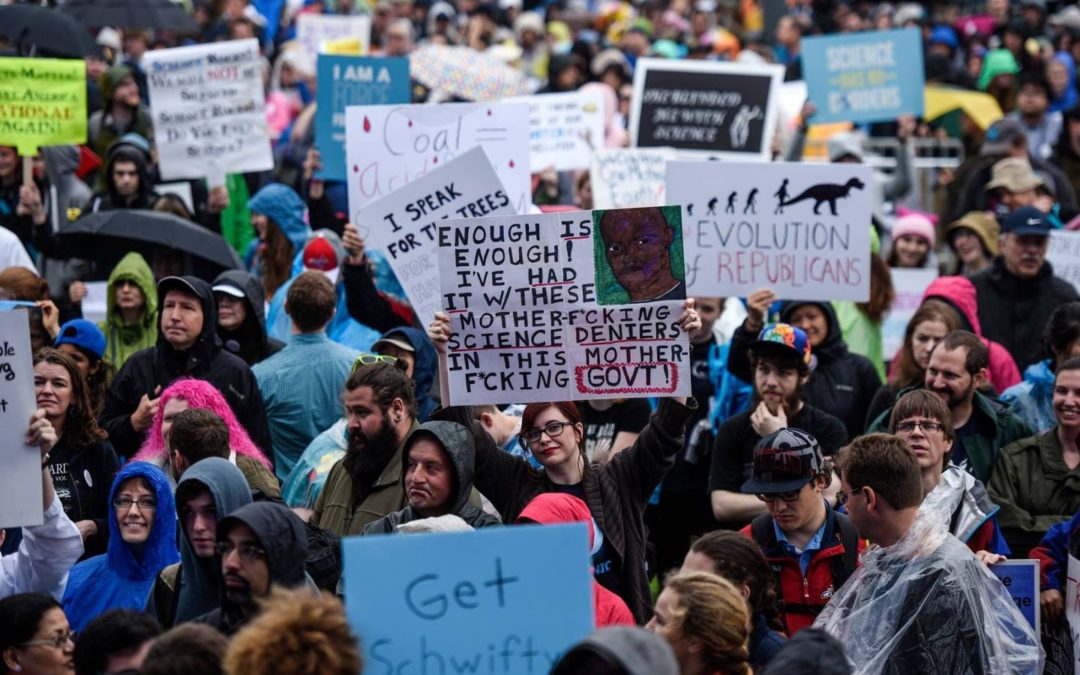 From the PEW RESEARCH CENTER and the department of unintended consequences, comes this study that suggests the “March for Science” and the “People’s Climate March” didn’t really have any impact when it comes to public opinion. Personally, I think it hurt more than it helped, because as I demonstrated with pictures of the marchers and their signs, a lot of them came off looking like total buffoons.

WASHINGTON, D.C. (May 11, 2017) – Americans are split in their support of recent science marches and whether these events will make a difference, according to a new Pew Research Center survey. Some 44% of U.S. adults think the protests, marches, and demonstrations will boost public support for science, while an equal share (44%) believe the protests will make no difference and 7% believe the demonstrations will actually hurt the cause.

The representative survey of more than 1,000 U.S. adults finds consistent divides on…