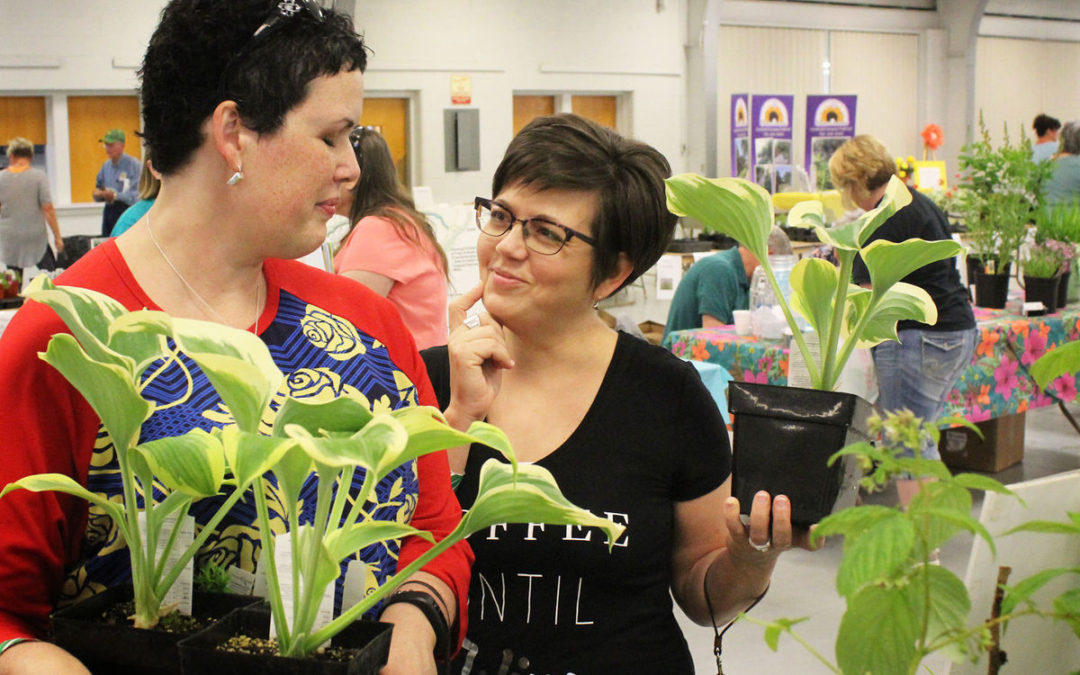 Looking for plants and advice, Audrey Lee and Angie Cable found plenty of both at the Garden Fair on Saturday.

But Cable said they were finding more than expected.

“We can’t narrow it down,” Lee said. “That’s what we’re struggling with.”

Lee was planning on buying three to six plants while Gable was looking at as many as 10. Both are from Salina.

Lee said she recently moved into a house and was trying to get some plantings established.

She said, at the advice of Master Gardner Amy Freelove, that they were paying attention to zones.

“If something is two zones colder than us, we can put it in our garage and bring it back out in the spring. I don’t really know what that means,” she laughed.

Freelove said the United States is divided into zones to be tolerant of weather conditions.

“What you can plant and what can live in those zones and what won’t,” she said.

The 2012 USDA Plant Hardiness Zone Map is the standard by which gardeners and growers can determine which plants are most likely to thrive at a location. The map is based on the average annual minimum winter temperature, divided into 10 degree zones.