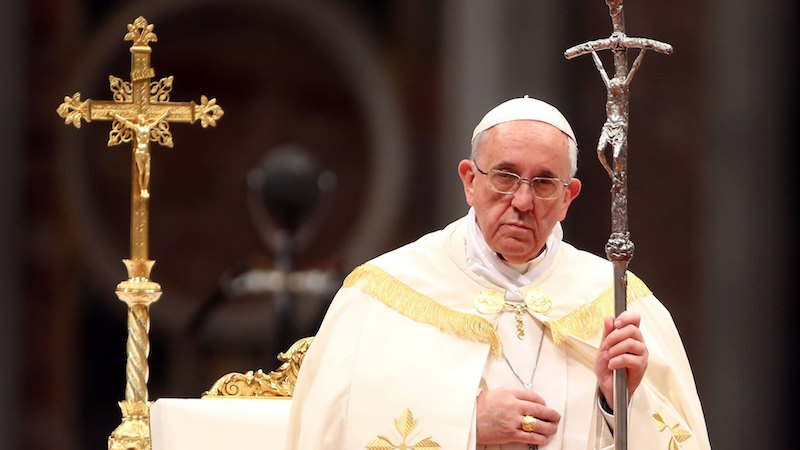 Pope’s encyclical on climate change appealed to liberals, but conservative Catholics were driven away by the values it invoked

Following their tense and grumpy meeting this week the Pope cheekily presented Donald Trump with a parting gift: his 165-page Encyclical on Care for our Common Home, better known as Laudato Si, in which he outlines his commitment to action on climate change.

Trump’s face, shared widely on social media, hardly suggests any great delight and we cannot expect that a dense theological text will trigger his climate epiphany

But then Trump was never the intended audience. The critical question is whether, in the two years since it was released ahead of the Paris climate conference, the papal encyclical has shifted opinion among Catholics. And unfortunately the answer is “probably not”.

On the face of it the encyclical should have been a key moment in galvanising global action. Climate change is a complex issue around which people require clear guidance – what social theorists call “elite cues” – from trusted high profile figures. And who could be more trusted to the world’s 1.2 billion Roman Catholics than the leader of their church?

But climate change is also an exceptionally politically divided issue. A team at the University of Queensland recently reviewed surveys in over 56 countries and concluded that political orientation was by far the largest determinant of attitudes to climate change. Nowhere is this more the case than in the United States where attitudes to climate change are more strongly divided between left and right than any other single issue – including such hot button topics as gun control and abortion.

Three major US studies have found that liberal Catholics were far more motivated and inspired by the encyclical than conservative Catholics. The most recent study, published last week in the International Journal of Cognitive Science, concluded that “encyclical messages were processed through the perceptual filter of political ideology”. We have no research…