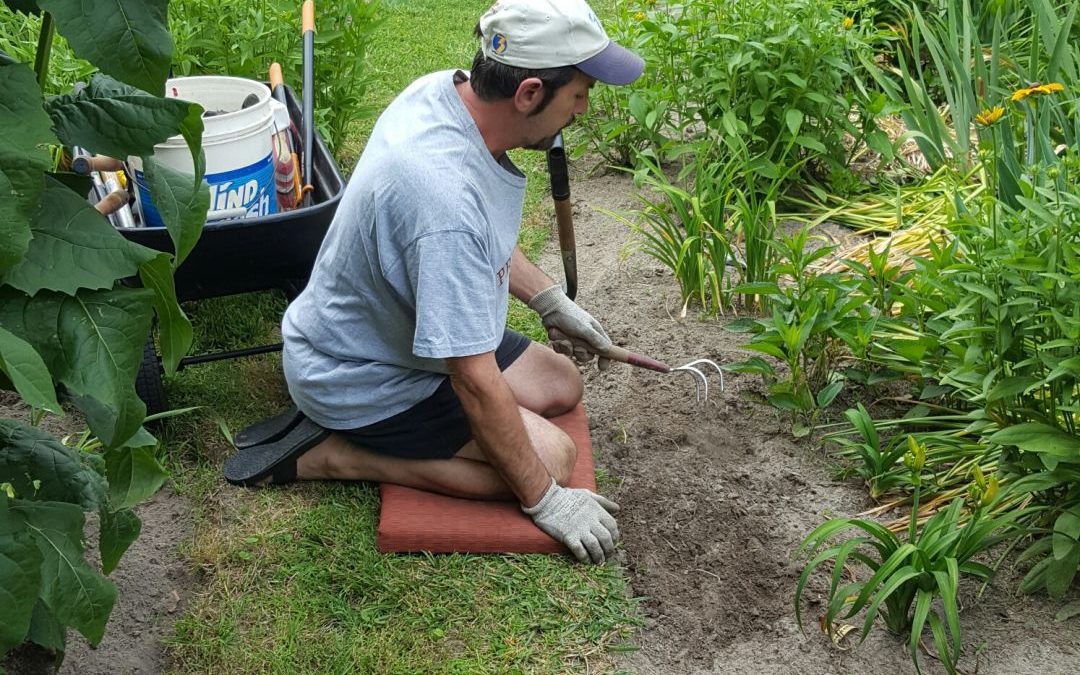 Jim Manion’s mother was a gardener.

He still remembers watching her work in the yard when he was a kid.

She’d “weed or water,” he said, and spend time watching the vegetables grow.

She taught him some of what he knows. He’d learn more as an adult — when he became master gardener.

Manion, 59, was raised north of Philadelphia, in Levittown, Pa.

“It was a cookie-cutter community,” he said, but there were a lot of gardens.

“My mom loved the vegetables, so you would have the cucumbers and the eggplant and the peppers and the tomatoes,” Manion said.

She liked the zucchini flowers. “She would pick them in the morning, deep fry them and eat them.”

Sometimes, Mainion would help her in the garden. He thought the work was interesting.

“It’s kind of fun, actually seeing the fruits of your labor.”

After he got a Bachelor of Arts degree at Edinboro State College in Pa., he got interested in gardening again.

Manion got a job at a nursery. When he moved to Portsmouth in 1999, he joined a garden club. Eventually, he saw an ad in the paper – the Virginia Cooperative Extension was accepting applications for master gardeners in Portsmouth.

“I had no idea what a master gardener was,” he said.

In 2010, he applied anyway and got an interview.

Manion took a 12-week course, and then spent a year as an intern. After 50 hours of training, he graduated as a master gardener.

Master gardeners “help extend my reach to the general public,” said Cyndi Wyskiewicz, the extension’s horticulture agent in Portsmouth. “They help me in my job of getting people more information about good gardening practices in the city.”

Manion is also required to complete at least 20 volunteer hours per year. He’s compiled about…