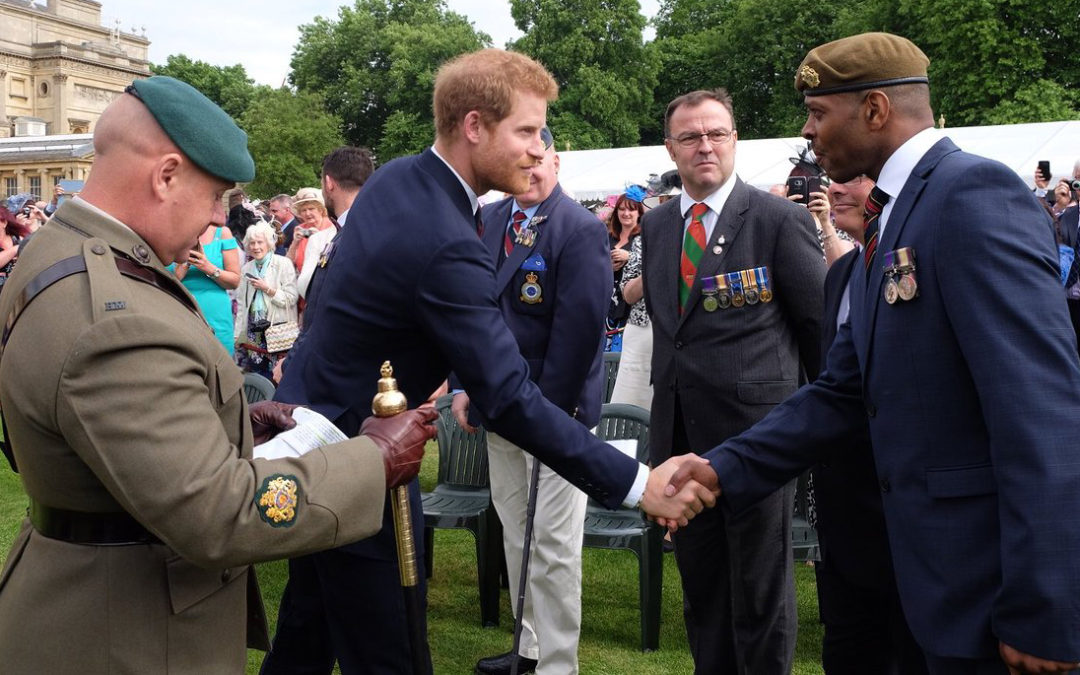 Party at the palace!

Prince Harry hosted current and former members of the military at the annual Not Forgotten Association Garden Party at Buckingham Palace on Tuesday.

The royal, 32, led the party on behalf of the organization, which provides entertainment and recreation for thousands of wounded, injured and sick military personnel and veterans.

The event marks Harry’s first solo garden party at the palace. In previous years, the event has been hosted by Prince Andrew, Princess Anna and the Queen.