“Resistance as daily existence”: One woman’s story as a climate scientist under Trump 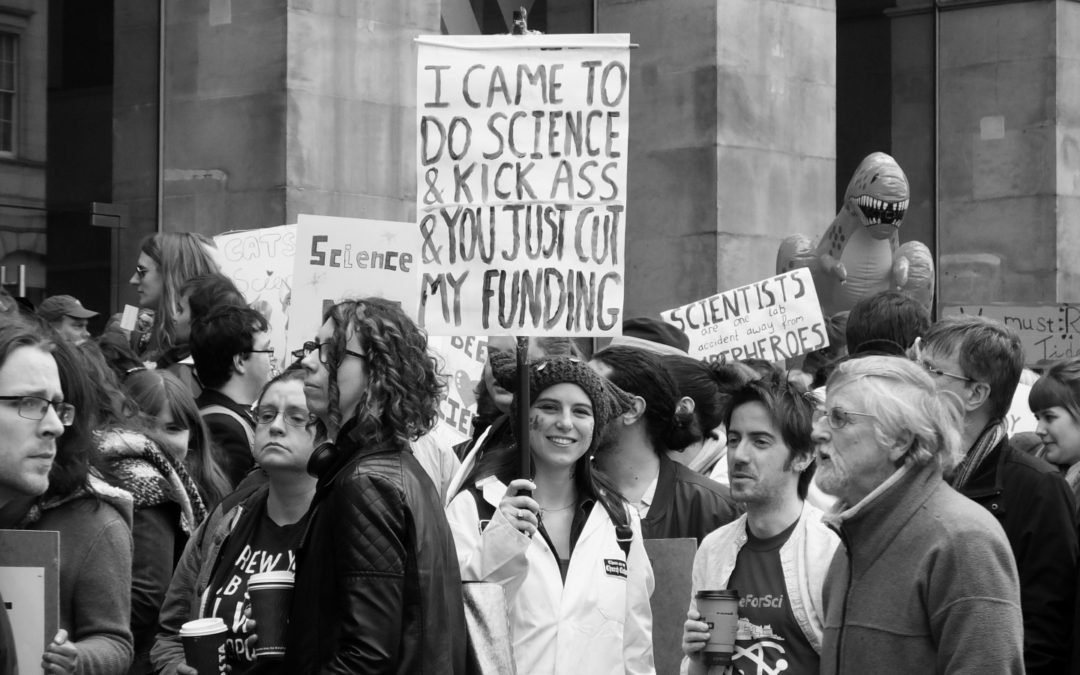 The day after President Donald Trump’s unexpected victory, Jane Zelikova was “crying her eyes out” in her office at the U.S. Department of Energy in Washington, D.C. As a scientist researching how big fossil fuel industries can reduce greenhouse gas emissions, she feared that her work would be stymied because of the new president’s skepticism about climate change. As a Jewish refugee who came to the United States as a teen, she felt threatened by Trump’s anti-immigrant rhetoric during the campaign. The election also created a rift in her family: Her father voted for Trump; her mother sat out the election. “Every part of me that I identify with felt fear and anger combined into outrage,” Zelikova said.

She texted furiously with three close friends — other women scientists she had known since they went to graduate school at the University of Colorado, Boulder. At first, they simply shared their alarm. But by the second day, they wondered what they could do about it. “We moved into an email thread and added women scientists we knew,” Zelikova recalled. “It grew very quickly — from five people to 20 to 50 to 100 — within a matter of a couple of days.”

They drafted an open letter from women scientists. “We fear that the scientific progress and momentum in tackling our biggest challenges, including staving off the worst impacts of climate change, will be severely hindered under this next U.S. administration,” they wrote. The letter rejects the “hateful rhetoric” of the campaign and commits to overcoming discrimination against women and minorities in science. Then they built a website and gathered signatures. Thousands signed on, and a new activist group was born: 500 Women Scientists.

Zelikova’s experience mirrors a broader phenomenon. Many scientists felt threatened enough by Trump’s victory to abandon their usual detached objectivity. They wrote members of Congress to defend science funding and scientific advisory panels and used their knowledge of government research to protect data they feared could be erased from websites. They set up alternative Twitter sites for government agencies and planned and participated in protests. “The election mobilized scientists in a way we’ve never seen before,” said Gretchen Goldman, who leads research on science in public policy for the Union of Concerned Scientists, an activist group. “I’ve personally been blown away by the scientists who want to be engaged in a new way.”

Previously, Zelikova, a 39-year-old PhD soil ecologist, had envisioned a future as a research scientist, working in academia or in government. But Trump’s election, she said, is changing her in ways she never could have imagined. Her whirlwind metamorphosis provides a glimpse into just how disruptive the last six months have been for some in federal government. Zelikova — who is intense, articulate, and has an engaging smile — doesn’t have a permanent federal job. She took a leave from the University of Wyoming, where she’s a research scientist, for a two-year fellowship at the Energy Department. She had less to lose than career civil servants with mortgages and government pensions, so she felt freer to speak out.

The Trump administration has proposed deep staff and budget cuts for the Energy Department, Environmental Protection Agency, and other agencies whose mission involves safeguarding the environment. Many federal workers committed to protecting the environment share Zelikova’s angst, but won’t say so publicly for fear of retribution.

For weeks after the election, Zelikova barely slept, working late into the night on her new group. “I am a Jewish, refugee, immigrant, woman scientist. At some level, this felt really personally offensive to me, and like an attack on all the…