Smog-sucking bikes? This artist wants to make it happen. 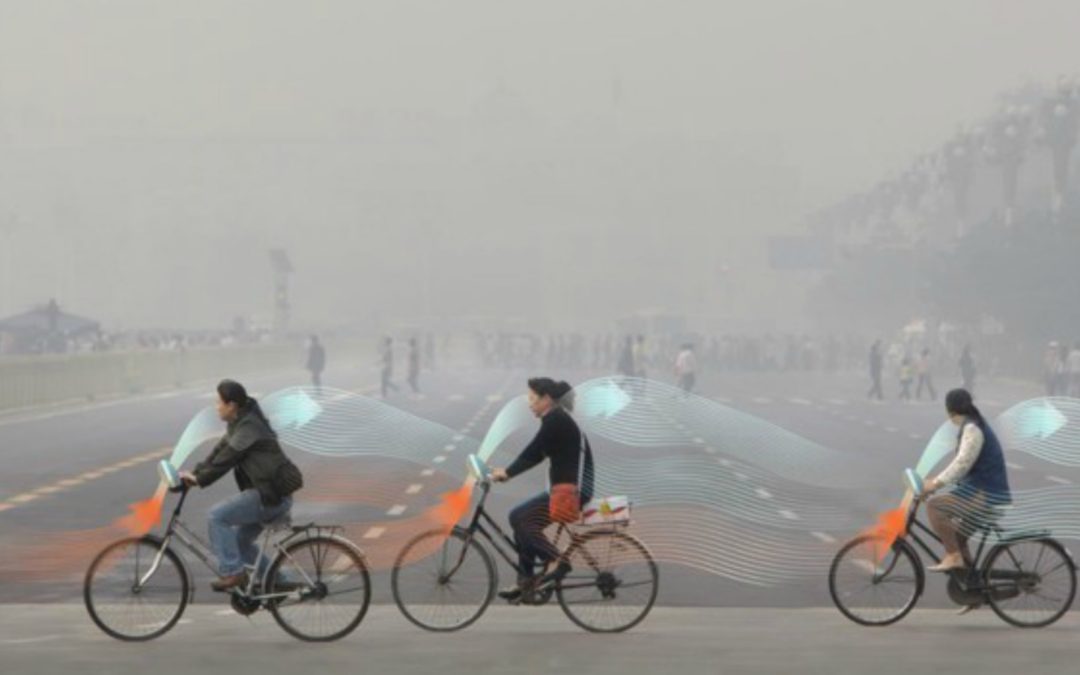 This story was originally published by CityLab and is reproduced here as part of the Climate Desk collaboration.

Walking around in foul, soupy smog is bad enough; biking through it at a modest clip can feel like hooking your lungs up to a Ford F-150’s tail pipe. But in the future, cycling in heavy air pollution could be less damaging, if a two-wheeled intervention from Dutch artist Daan Roosegaarde pans out.

This week Roosegaarde’s Rotterdam-based studio revealed its “smog-free bicycle” concept. The idea is to mobilize fleets of high-tech cycles (perhaps via Chinese bike-share programs like Mobike) to cleanse the nasty miasmas that enrobe the nation’s vast urban centers. In theory, these bikes would include a device, likely mounted on the handlebars, that can pull in ambient air and run it through positive-ionization filters to remove particulate matter. The result — a clean, healthy breeze blowing into cyclists’ faces. If such a program was adopted on a huge scale, the bike-mounted smog scrubbers might even have a marginal impact on improving a city’s overall air quality.

It’s understandable if this sounds like pie in the sky, but…