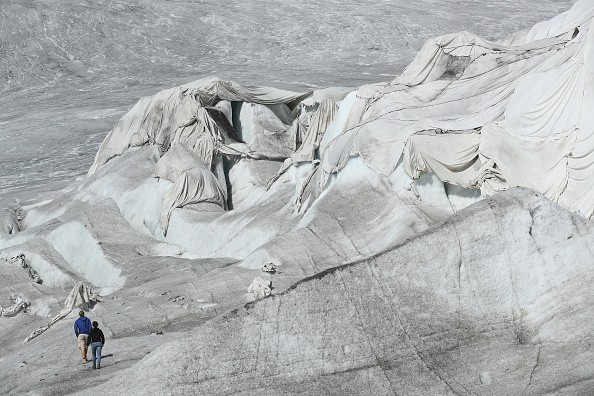 Swiss glaciers are disappearing so scientists launch a crazy plan to save them.
(Photo : Sean Gallup/Getty Images)

Switzerland’s breathtaking glaciers are melting rapidly, so scientists are on a desperate mission to save it. Artificial snow could be the key in protecting these large masses of ice from further degradation — at least the team behind the new project hopes so.

According to a report from New Scientist, the plan involves creating artificial snow and blowing it over Switzerland’s iconic Morteratsch glacier every summer in an attempt to protect the ice and help the glacier begin growing once again.

The plan is certainly out of the box and would be the first of its kind attempted in the world. Johannes Oerlemans of Utrecht University in Netherlands came up with the solution from the knowledge that the snow reflects sunlight. When the snow disappears, the harsh rays of the sun heats the ice directly and melts it, shrinking the glacier.

“As long as there’s snow on top, the ice beneath is unaffected,” Oerlemans explained in the annual meeting of the European Geosciences Union in Vienna, Austria last week.

One of the most easily accessible glaciers, Morteratsch, is a huge tourist draw, but continues…