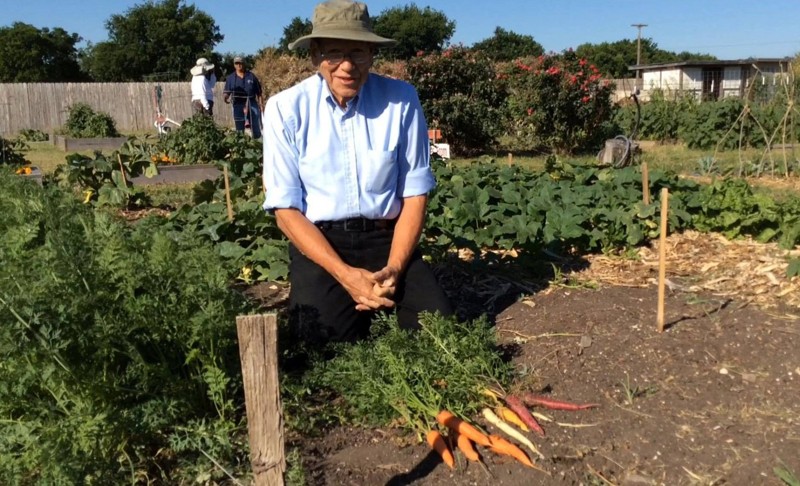 Indian cucumbers, Thai hot peppers, leafy greens, sugar cane, berries, tomatoes and potatoes are a few of the varieties of produce seen walking through the plots of Pflugerville’s community garden.

On a sunny spring day at the garden, Ed Mustoe tended to his vegetables, harvesting carrots and some squash.

Mustoe, 72, has had a plot at the garden since February. He has planted turnips, peas, lettuce and cucumbers in addition to his carrots and varietal squash. He tends to his garden every two or three days, he said.

“The city has provided everything that I needed: the plot, compost and mulch,” he said. “I’m just very thankful that I’m able to have a place to have a bigger garden that I do at home.”

The city also provides water for gardeners who bring their own hose.

Although Mustoe grew up on a farm in Virginia and has been gardening since moving to Texas in 1970, he still doesn’t consider himself an expert gardener.

Today, the garden has about 57 plots…