Study: Weathering of rocks a poor regulator of global temperatures 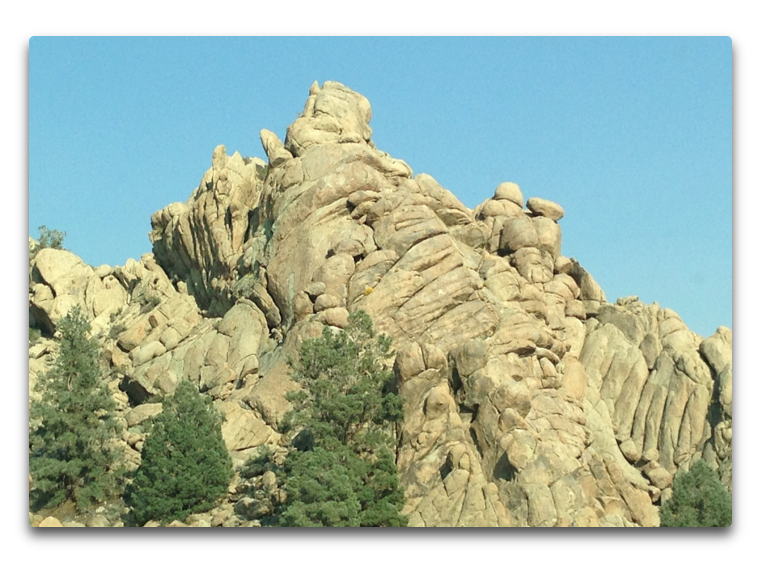 From the UNIVERSITY OF WASHINGTON and the “rock of ages” department.

Weathering of rocks a poor regulator of global temperatures

A new University of Washington study shows that the textbook understanding of global chemical weathering — in which rocks are dissolved, washed down rivers and eventually end up on the ocean floor to begin the process again — does not depend on Earth’s temperature in the way that geologists had believed.

The study, published May 22 in the open-access journal Nature Communications, looks at a key aspect of carbon cycling, the process by which carbon atoms move between the air, rocks and the oceans. The results call into question the role of rocks in setting our planet’s temperature over long timescales.

“Understanding how the Earth transitioned from a hothouse climate in the age of the dinosaurs to today could help us better understand long-term consequences of future climate change,” said corresponding author Joshua Krissansen-Totton, a UW doctoral student in Earth and space sciences.

The current understanding is that Earth’s climate is controlled over periods of millions of years by a natural thermostat related to the weathering of rocks. Carbon dioxide is released into the air by volcanoes, and this gas may then dissolve into rainwater and react with silicon-rich continental rocks, causing chemical weathering of the rocks. This dissolved carbon then flows down rivers into the ocean, where it ultimately gets locked up in carbon-containing limestone on the seafloor.

As a potent greenhouse gas, atmospheric carbon dioxide also traps heat from the sun. And a warmer Earth increases the rate of chemical weathering both by causing more rainfall and by speeding up the chemical reactions between rainwater and rock. Over time, reducing the amount of carbon dioxide in the air by this method cools the planet, eventually returning the climate to more moderate temperatures — or so goes the textbook picture.

“The general idea has been that if more carbon dioxide is released, the rate of weathering increases, and carbon dioxide levels and temperature are moderated,” co-author David Catling, a UW professor of Earth and space sciences. “It’s a sort of long-term thermostat that protects the Earth from getting too warm or too cold.”

The new study began when researchers set out…