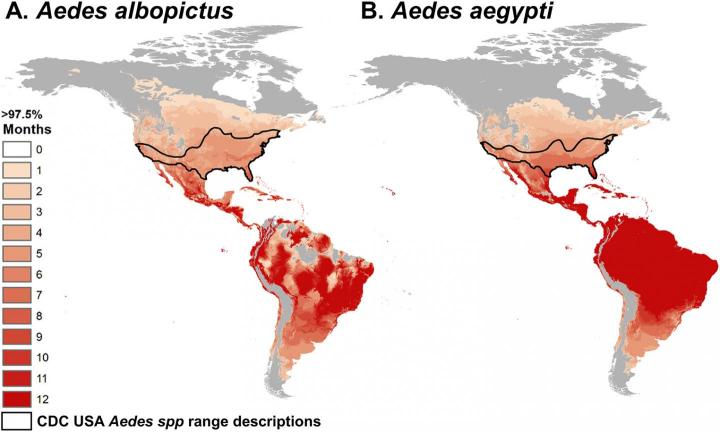 From the University of South Florida and the “we’ll have to find some other angle to blame it on global warming” department, comes this study.

TAMPA, Fla. (May 9, 2017) — Transmission of mosquito-borne diseases, such as Zika, occur at lower temperatures than previously thought, a recently released study co-authored by two University of South Florida researchers shows.

The study, led by Stanford University and published in the journal PLoS Neglected Tropical Diseases, found that transmission of dengue, chikungunya and Zika is highest at around 84 degrees Fahrenheit. Scientists had long considered 90 degrees to be the peak-transmission temperature. The finding is significant, especially as climate change causes temperatures to climb.

“This means that future transmission is much more likely to occur in subtropical and even temperate areas, such as the southern United States and northern Mexico,” said Jeremy Cohen, PhD, a postdoctoral researcher studying integrative biology.

He and Jason Rohr, PhD, an associate professor of integrative biology, are coauthors on the study. From 2015-2016, they collected data on the incidences of dengue, chikungunya and Zika, as well as climate, gross domestic product and tourism, in Latin America and the Caribbean.

Their data were used to create a model that shows the potential effects of temperatures and temperature change on the transmission of dengue, chikungunya and Zika around the world, three diseases that are mosquito-vectored and increasing in the United States.