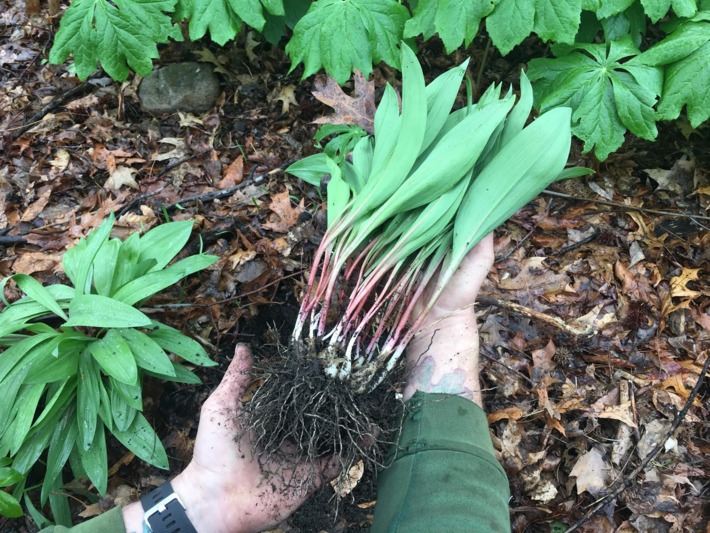 It’s hard to grow ramps. It’s actually sort of impossible, the thinking goes. Ramp haters — of which there seem to be more each year — will say that ramps are little more than glorified scallions, but the main difference, and the reason so many chefs celebrate ramps’ springtime arrival and their very short growing season, is that ramps cannot be cultivated or grown through traditional farming techniques. Like exotic mushrooms and the finest Nordic herbs, ramps must be sought out and carefully foraged in the wild, usually in forests or near gently babbling streams. Or, as it turns out, in Brooklyn.

In fact, there are ramps growing at the Brooklyn Botanic Garden, and they were cultivated by Uli Lorimer, the curator of the BBG’s Native Flora Garden. It’s something of an agricultural miracle: In 2005, Lorimer found a small patch of ramps in the garden growing along a small ridge. Being a good botanist, he decided to try to grow more.

In late summer 2008, after the leaves of the ramp had wilted and died, the bulb sent up its flower stalk and seed-filled flower. Lorimer sowed the seeds that autumn in the garden’s outdoor nursery, and after two years, they eventually reached a size large enough for transplanting. Lorimer then divided the seedlings into 12 clumps…