The ‘Gansgsta Garden’ Is Saved From Eviction 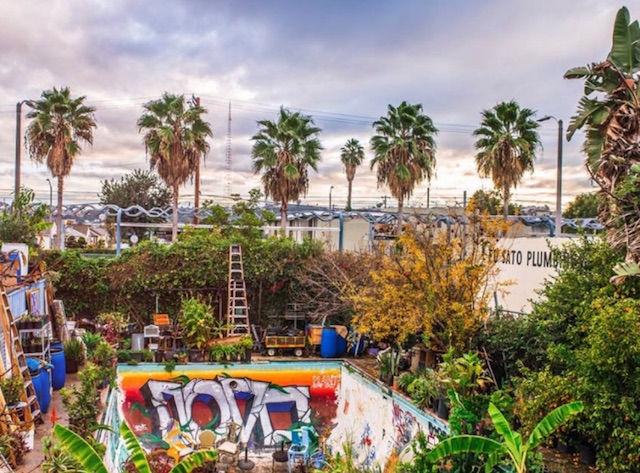 Back in April we reported that Ron Finley, the “Gangsta Gardener,” was fighting to save his South L.A. garden from eviction.

It wasn’t just any garden. Started in 2010, it was part of the Ron Finley Project, an effort to engage with the community and, as Finley noted in a 2013 TED Talk, to stop the neighborhood from being a “food desert.” As stated on the project’s website, the garden was “[inspired] by the idea of turning unused space such as parkways and vacant lots into fruitful endeavors” and serves as a “gathering place” and “a community hub, where people learn about nutrition and join together to plant, work and unwind.”

That was all put in jeopardy in November when DLI Properties LLC bought the land on which the garden is part of. According to a GoFundMe page, the firm gave Finley only two options: he’d have to pony up $500,000 to purchase the property that his garden sits on, or face eviction.

We are happy to report that Finley will, indeed, get to keep the garden. As reported at LA Weekly, the Ron Finley Project (a non-profit) raised the $500,000 it needed to buy the space. It made an offer on the property a couple weeks ago, and closed escrow on Monday. The sale is part of a settlement agreement in a wrongful foreclosure lawsuit; Finley’s former landlord said that Wells Fargo had wrongly advised her to apply for a loan modification, then sold the property to DLI at a foreclosure auction after she’d failed to meet payments.

Speaking to LAist, Finley said that the outpouring of donations on a GoFundMe page reaffirmed his beliefs in his mission. “This definitely shows how a certain part of our society values gardens,” said Finley…