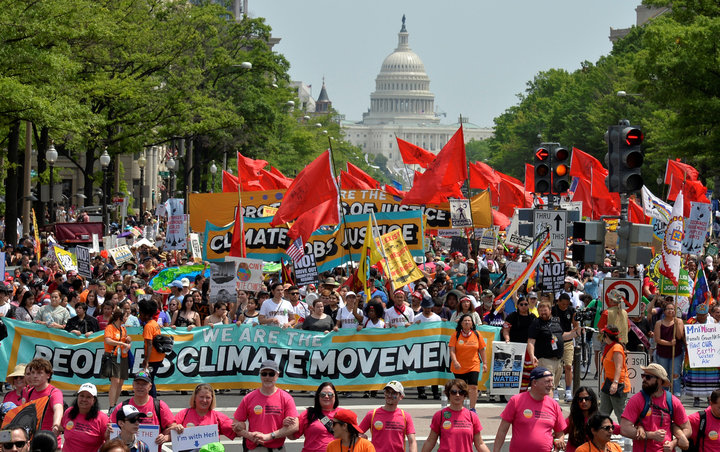 Many of the nation’s leading environmental groups remain overwhelmingly white and male, according to a new report released on Thursday.

Advocacy group Green 2.0 compiled the study, titled “Beyond Diversity: A Roadmap to Building an Inclusive Organization,” after analyzing employment data from the 40 biggest U.S. environmental groups as of April, including heavy-hitters the World Wildlife Fund, Sierra Club and The Nature Conservancy.

The researchers found 73 percent of full-time employees at environmental groups are white and an equal proportion are men. That number rose for senior staff, with 86 percent of employees in those positions identifying as white and 76 percent male. The lack of diversity comes as the percentage of people of color with at least a bachelor’s degree has steadily increased and the nation’s demographics are poised to change within the coming decades.

“Finding qualified leaders of color to fill these positions should not be difficult,” wrote study author Maya Beasley, a professor at the University of Connecticut, in the report. “Although otherwise progressive, the environmental advocacy sector is predominantly led by white men.”