The US is no longer worthy of the Paris agreement 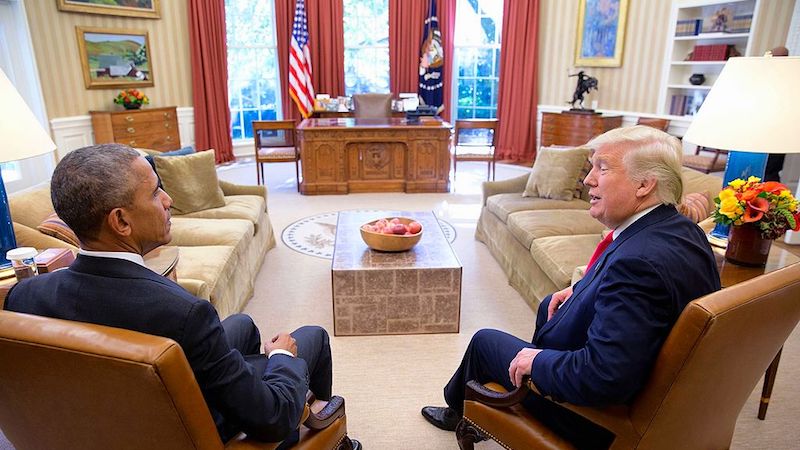 The Paris agreement is a club for countries who are part of a global effort to tackle dangerous climate change. The US no longer meets these admission criteria.

As the latest round of climate negotiations kick off in Bonn this week, a tug of war in the White House on climate protection may have profound impacts for future international cooperation. But it’s not about what you might think.

The debate is not between hawks calling for immediate reductions to heat-trapping emissions, and doves advocating for more gradual decarbonisation. It’s not about whether we should deploy cheap low-carbon technologies as advocated by the International Energy Agency, or invest in R&D for “energy miracles”, as favoured by Bill Gates. Nor does it concern the choice between an economy-wide carbon tax favoured by some Republicans, or the politically expedient regulations and subsidies introduced by former President Obama.

It’s not even between those who accept the overwhelming scientific consensus on climate change, and the extreme wing of fossil fuel lobby, who don’t. As climate scientists like to tell us, “the debate is over”, but not in the way they think.

The only White House climate debate is between those who want to use the Paris climate agreement as a branding and lobbying opportunity, and those who favour leaving it altogether.

Those latter include the likes of Steve Bannon, senior advisor to the president, Scott Pruitt, the head of the Environmental Protection Agency (EPA), and much of the coal lobby. This group argue that the US should unilaterally withdraw from the Paris accord.

Pruitt’s main gripe is that China and India allegedly have no obligations under the agreement until 2030. In fact, both have made commitments, which are rated on a par with the US pledge by Climate Action Tracker, an independent authority. Pruitt’s comments only make sense if you ignore that the average US citizen emits 10 times the CO2 and their share of GDP is 35 times greater than the average Indian.

Another argument for immediate withdrawal relates to the legal nature of the US pledge to the agreement – to lower emissions by 26 to 28 percent by 2025. Pledges can be changed by national governments at any time. However, a caveat in the wording suggests that this could only happen to enhance the level of ambition. If the US could not weaken its commitment this could be used in court to protect the Clean Power Plan and other aspects of former president Obama’s climate legacy. The legal validity of this position is hotly contested.

The proponents of remaining in the agreement include the president’s daughter and advisor Ivanka Trump, her husband Jared Kushner, as well as…