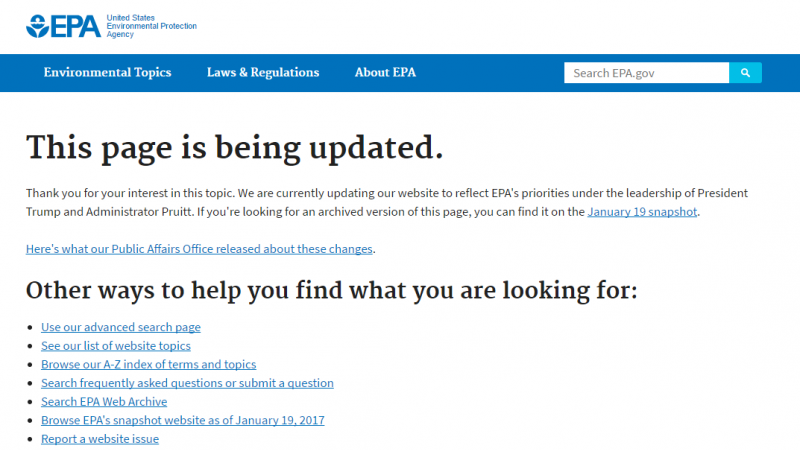 The Centre for Biological Diversity (CBD) filed a lawsuit on Tuesday against four US federal agencies over what it called “censorship” of climate change information.

Filed at a district court in Washington DC, the legal challenge targets the Environmental Protection Agency and Departments of Interior, State and Energy.

It concerns the removal of information on climate science and policy from government websites and public communications since the advent of Donald Trump’s presidency.

The environmental group submitted requests under freedom of information law on 30 March to disclose directives to federal employees on this subject. These requests were not answered within the statutory deadlines, according to the complaint.

“The Trump administration’s refusal to release public information about its climate censorship continues a dangerous and illegal pattern of anti-science denial,” said Taylor McKinnon from the CBD. “Just as censorship won’t change climate science, foot-dragging and cover-ups won’t be tolerated under the public records law.”