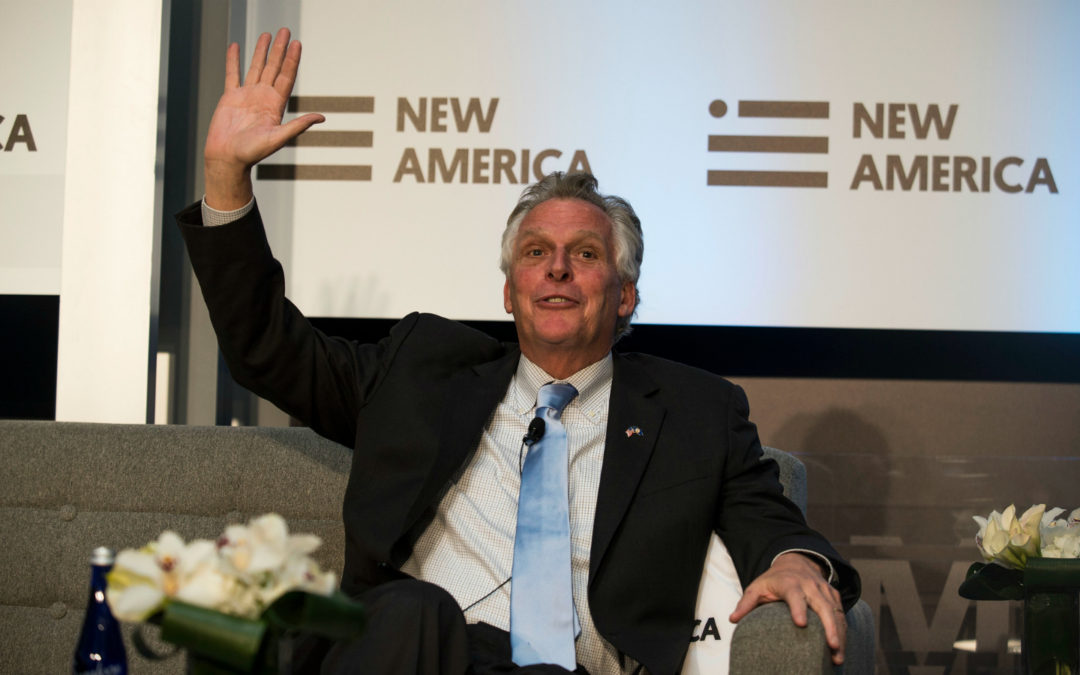 On Tuesday, Terry McAuliffe, a Democrat, ordered environmental regulators to develop a cap-and-trade program to reduce carbon emissions from the commonwealth’s power plants by year’s end.

The directive comes in the wake of President Trump’s March executive order that instructed the EPA to dismantle President Obama’s signature piece of climate-related legislation, the Clean Power Plan. Sea-level rise is already affecting Virginia, and half its counties are at risk of climate-related water shortages before 2050.

“The threat of climate change is real, and we have a shared responsibility to confront it,” McAuliffe said. “As the federal government abdicates its role on this important issue, it is critical for states to fill the void.”

Republicans, including William J. Howell, the commonwealth’s speaker of the house, pushed back against the move. Howell said that the order was executive overreach that would “further hamper economic growth,” adding that major policy proposals will need to pass the legislature.