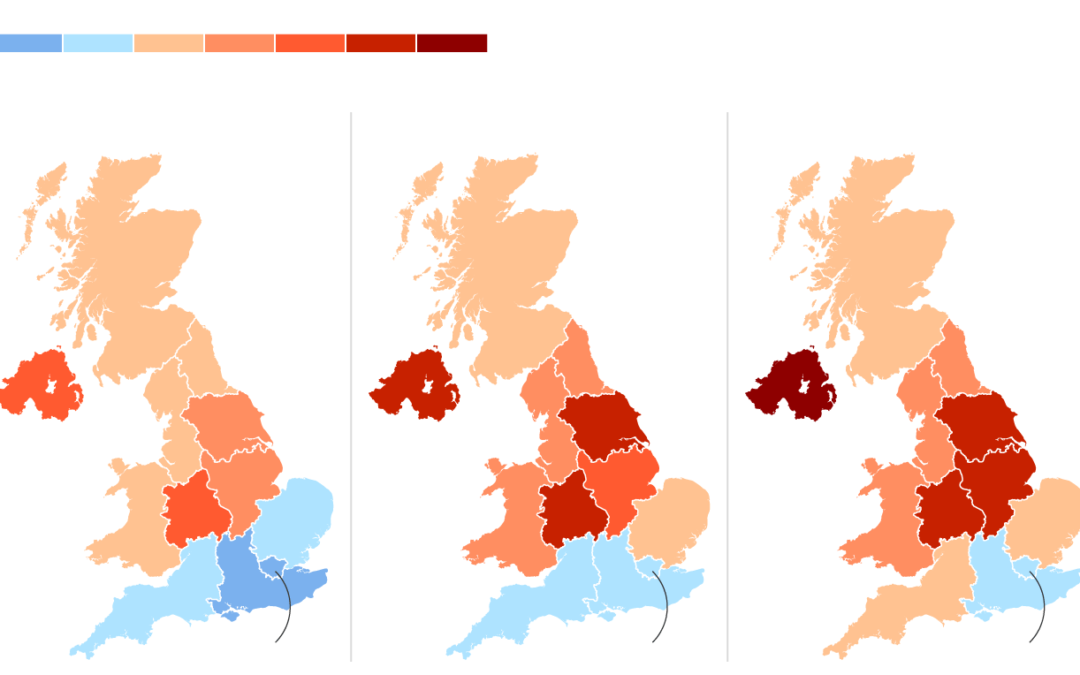 The UK is set to reap the whirlwind of climate change with the huge damage caused by wind storms expected to increase sharply, according to new analysis.

Even the minimum global warming now expected – just 1.5C – is projected to raise the cost of windstorm destruction by more than a third in parts of the country. If climate change heats the world even further, broken roofs and damaged buildings are likely to increase by over 50% across a swathe of the nation.

The research shows all of the UK is on track to see rises in high winds except the south and south-west, with the greatest impact across the Midlands, Yorkshire and Northern Ireland. This is because the main storms that barrel in off the Atlantic are expected to move their track northwards as the planet warms, a phenomenon linked to the rapid melting being seen in the Arctic.

Flooding is the most high-profile impact of climate change on the UK. But the overall cost of wind storms is actually higher, as a result of a much larger number of smaller incidents, and currently runs at an average of about £1bn a year. Extreme wind storms can occur, though, and in 1990 the Burns’ Day storm resulted in 47 deaths, as well as more than £2bn of insured damage and many millions more in damage to roads, power lines and uninsured properties.