UN secretary general: ‘Get on board the climate train or get left behind’ 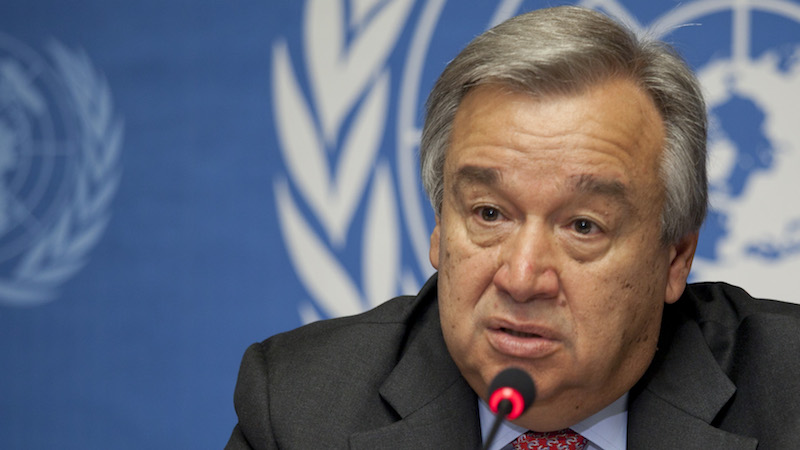 As the US teeters on the brink of leaving the global climate process, António Guterres has implored all countries to stay the course or go alone into a “grey future”

UN secretary general António Guterres has warned that nations that choose not to rapidly shift away from fossil fuels will be “left behind”.

The remarks were made during Guterres’ first major address on climate change, during the week US president Donald Trump has said he will decide whether to withdraw from the Paris climate agreement.

Without referring directly to Trump, Guterres’ speech at the New York University Stern School of Business on Tuesday was tailored to neuter the arguments for leaving the accord laid out by some of the president’s more conservative advisors.

“Some may seek to portray the response to climate change as a fundamental threat to the economy. Yet what we are witnessing in these early years of a systemic response is the opposite,” said Guterres.

He said the opportunities of the transition away from fossil fuel were now irresistible; that countries, states, cities and businesses were all shifting their futures towards clean energy.

Guterres’ message was clear: “The sustainability train has left the station. Get on board or get left behind… Those who fail to bet on the green economy will be living in a grey future.”

Indeed, said Guterres, the ambition of countries needed to be increased rather than drawn down – which is one…