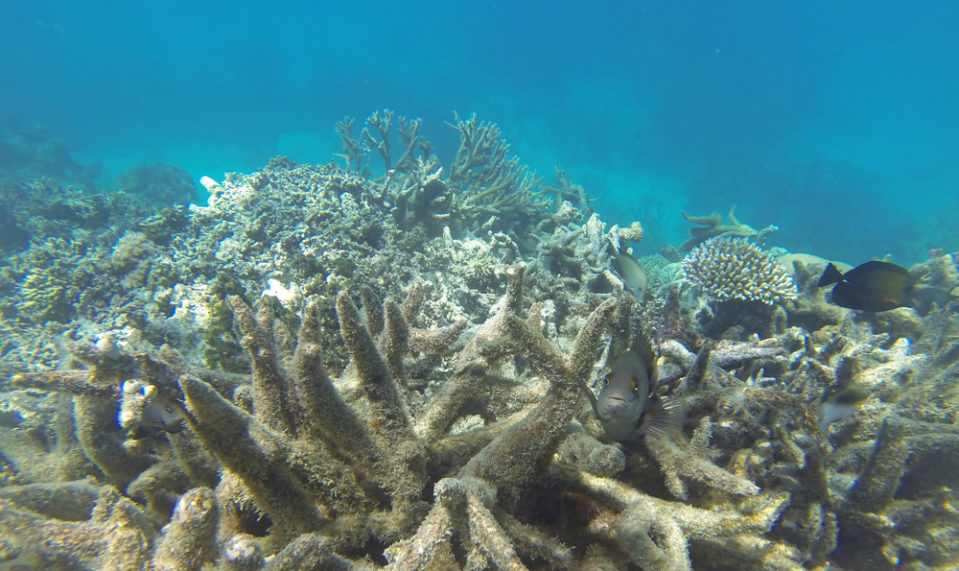 In 2016, the Great Barrier Reef saw the worst bleaching event on record — two-thirds (67 percent) of corals in the northern sector of the reef died after being exposed to unusually warm currents. While experts warned that these bleaching events would continue to happen with more frequency as global temperatures rose, no one expected to see it happen two years in a row.

In a new aerial survey covering more than 8,000 kilometers (5,000 miles), researchers found that 1,500 kilometers (or 932 miles) of the Great Barrier Reef has been bleached. Whereas last year’s bleaching affected the northern part of the reef, this latest damage is concentrated in the middle section, and has extended farther south than ever before.

Though there have been a handful of other significant bleaching events in the past two decades, this marks the first time it’s known to have happened in two consecutive years. Because of the proximity of the two events, experts fear the damaged coral will have little chance to recover.

“It takes at least a decade for a full recovery of even the fastest-growing corals, so mass bleaching events 12 months apart offers zero prospect of recovery for reefs that were damaged in 2016,” according to ARC Centre of Excellence for Coral Reef Studies senior research officer James Kerry.

Bleaching is the result of unusually warm waters stressing the corals to the point that they eject the photosynthetic algae, called zooxanthellae, from their cells. This algae not only gives the corals their brilliant color, it provides them with crucial nutrients and removes waste. Without the zooxanthellae, the corals are more vulnerable to disease and starvation. If normal conditions return, the corals can recolonize the algae and recover. However, if the stress continues, the corals can die.