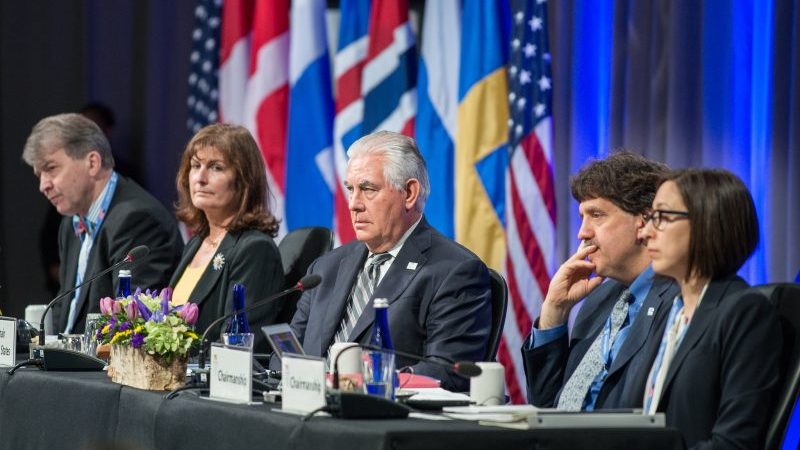 Secretary of state Rex Tillerson signed the Fairbanks Declaration, calling for climate action but holding judgement on the Paris Agreement

The US has endorsed global action to reduce greenhouse gases and short-lived climate pollutants, at a meeting of the Arctic Council.

Secretary of state Rex Tillerson signed a declaration along with seven other foreign ministers in Fairbanks, Alaska on Thursday.

The statement merely noted the entry into force of the Paris climate deal. The Trump administration has yet to decide whether to continue US participation or quit the agreement.

International declarations signed by the previous administration, such as the 2016 G20 leaders communique, went further, recommitting to pledges made under the accord.

But the expression of support for a key objective of the deal, to curb emissions, goes further than the holding statement the US offered at a recent G7 energy ministerial.

It came alongside an agreement to enhance scientific cooperation in the region, which is warming at twice the global average rate.