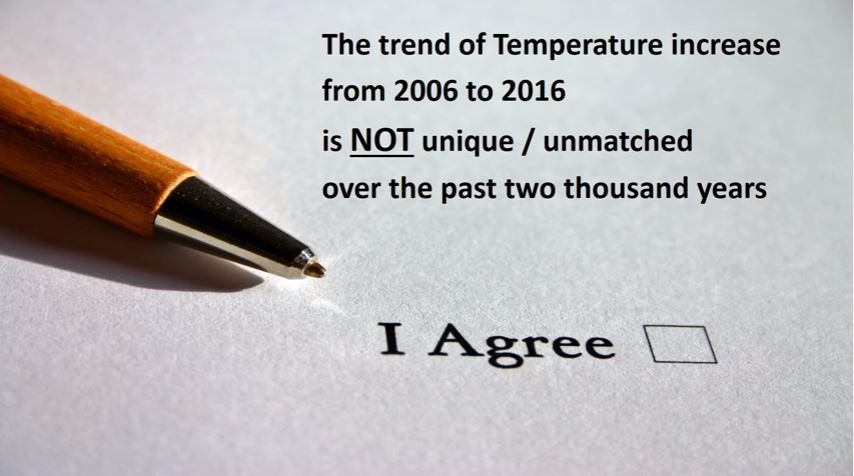 An important aspect of the climate change debate can be summed up like this: “One position holds that medieval warm temperatures reached levels similar to the late twentieth century and maintained that the LIA was very cold, while another position holds that past variability was less than present extremes and that the temperature rise of recent decades is unmatched”. This video challenges whether the rise of recent decades is unmatched.

The overall trend since 1880 when instrumental data started is 0.11 degrees Celsius per decade. This is according…